About the Summit Series

Avenir Suisse organises an international think tank summit on a yearly basis. The idea is to gather specialists from think tanks, experts from universities and high-ranking representatives from both the public and the private sector to create a unique atmosphere for thoughtful debates. So far there have been two rounds of our summit events:

The end of the story ? The final triumph of economic liberalism in symbiosis with the democratic rule of law? The thoughts of the American political scientist Francis Fukuyama, expressed back in 1989 and celebrated with enthusiasm, sound almost like a joke in the current context: the democratic foundations of the EU countries and the United States are being questioned, while “illiberal” states such as China and Russia are expanding their power base. The promises of the Arab Spring have not been fulfilled and terrorist threats are challenging those societies based on values of openness. The second Think Tank Summit, organized by Tibère Adler, French-speaking director, focused on the very topical issue of the links between globalization and democracy. In his opening speech, Peter Grünenfelder, director of Avenir Suisse, stressed that issues such as the development of democracies and global value chains should not only be analyzed in abstract terms, but also in terms of their actual impact on citizens. 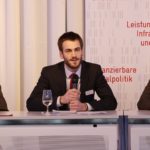 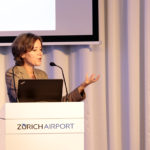 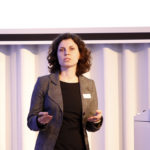 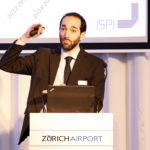 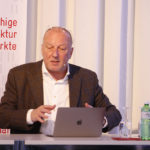 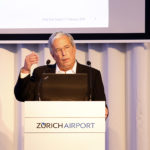 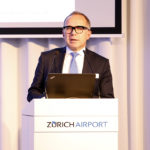 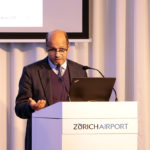 The essayist Karen Horn began her presentation with a conceptual delimitation. The notion of democracy continues to benefit from an undisputed respect, while freedom is increasingly exposed to criticism. In 2017, the American Freedom House Think Tank counted 123 democracies among the 200 countries surveyed, against only 100 in the early 90s. The underlying problem is that there are more and more “illiberal “democracies” like Russia or Turkey, where the concept of democracy has turned into an “empty shell”, as Roger de Weck stated. The conference participants discussed the reasons why the combination of democracy and a true individual freedom is currently under pressure in many countries:

First, the overall trust individuals have in experts and politics decreases, which in turn generates an internal division of society as observed in many countries. In the US, only one third of voters are now attached to liberal and conservative values (against an average of 50% in previous years). This growing “silo thinking” is further enhanced by social media, (an influence which we cannot clearly measure at present).

The attitude of the population towards democratic institutions is correlated with its participation in economic growth. Théophile Lenoir, from the Montaigne Institute in Paris, quoted an MIT study, stating that the population of northern Europe has a much higher adherence rate to the democratic system than in southern Europe; this association is therefore also linked to a different evolution of the quality of life. The more unequal the distribution is perceived in a country, the stronger the potential criticism of its institutions. “To some extent, prosperity is the opium of the people,” observed Karen Horn in the discussion.

Mohammad-Mahmoud Ould Mohamedou, from the Graduate Institute of Geneva, conducted a critical assessment of the foreign policy of Western countries. In the Middle East especially, the people perceive the over-tolerant attitude of the West towards the despots back in power as an affront. In the first years following the Arab Spring, the countries would have needed a more active technical assistance to implement the necessary democratic institutions, instead of the often condescending attitude shown by the West.

From the ground up

Despite the headwinds against liberal democracies in the modern world, there are also promising developments. Philippe Narval, director of the Forum Alpbach (Austria), introduced participatory democracy experiences in Germany and Ireland, where citizens’ assemblies have given good policy outcomes. He also mentioned the example of Axelle Lemaire, Secretary of State for the Digital sector under Hollande’s government, which allowed citizens to provide feedback regarding the development of a bill via a digital platform. The key message: democratic decision-making processes are not limited to politics. Moreover, it is never too early to become familiar with them and learn to use them: in the Austrian state of Vorarlberg, for example, there are kindergartens that solve children’s problems through direct democracy decision-making processes and thus increase their motivation along the way.

Is there a critical size for democracies?

Different views were expressed regarding the role of digitization. They ranged from a near resignation, as in, “we might be facing the death of expertise”, to scientific analysis of the filter bubble phenomenon and the belief that technical problems could be solved with technology.

All were unanimous on the fact that direct democracy can function relatively well in small structures. But how can such processes be implemented in a wider context such as the EU, “the greatest union of democracies” (Paweł Świeboda)? Older participants expressed their skepticism on this issue, while younger students believed in digitization. Perhaps it will be possible one day to organize democratic decision-making support via the Internet, thus reducing the gap between the political elite and the population. Such processes are not in any way limited to democracies. Through social media, civil society also puts pressure on authoritarian states.

One of the key notions in the discussions on the crisis in the EU and international free trade efforts that were paralyzed, was the “ability to compromise.” To compromise, nation-states would have to make concessions on sovereignty. Ultimately, this would be possible only by strengthening the primary public trust – both in state institutions and in the impact of globalization. It is precisely for this reason that we must pay more attention to the real or alleged underdogs of globalization and digitization.

The main mistake of Francis Fukuyama, inspired by the euphoria prevailing at the time, was to design a momentary situation as a permanent condition. Today, it seems clear that the world will never engage in a single model. But that does not mean that democracy is an obsolete model. “We must clearly indicate that it is the system in which we like to live,” said one speaker. Historical records suggest that many states that have taken a step back in recent years will return to more freedom and democracy in the future. The commitment to the values of freedom and democracy is hard work, but rewarding.

The movement of goods and people has increased significantly since the end of World War II. The emergence of populist political forces in the West is reversing the benefits of globalization. The Avenir Suisse Think Tank Summit 2017 was launched by Tibère Adler, Director of Avenir Suisse’s French-speaking branch. The Summit offered think-tankers from the USA, Great Britain, Belgium, Germany, France and Switzerland the opportunity to analyze the changing geopolitical framework. Here are some key points from the presenters:

“The current international political developments pose a major challenge for liberal democracies and economies. Switzerland would be particularly affected by a new protectionist era. … Globalization will continue to be a major trend, in other countries, and on other continents.”

“The ‘new’ globalization, as we have seen it in the last twenty years, was more about international knowledge transfer than trade flows. Import duties are a trade-policy from a bygone era. In high-wage economies of the Western world, they will not create new jobs in large numbers – at most for robots.”

“The majority of the Brexit supporters were not against free trade, but against deeper political integration with the EU. After the implementation of Article 50, Great Britain will only have two years for the signing of new trade treaties with the EU. A contractual vacuum after the end of this term would be equivalent to an ‘Ultra Hard Brexit’ with great uncertainty for both sides.”

“The German export industry has focused on the production of high-value goods. Currently, its biggest problem is the general uncertainty in many parts of the world, which has a negative impact on investment dynamics. … In principle, a ‘hard Brexit’ would be a lesser threat for the German economy than a soft Brexit, since the former would most likely strengthen cohesion within the EU.”

“Donald Trump has reintroduced mercantilism to US politics. With of the new US president’s critical attitude towards multilateralism in international trade agreements, difficulties with the EU and the WTO are virtually pre-programmed. In general, Trump’s ideological focus on trade is evidence of a low understanding of globalized economic processes.”

“Switzerland should continue to rely on its proven strategy of openness, intensifying existing free trade agreements and concluding new ones. This would reduce the high administrative costs faced by many companies.” 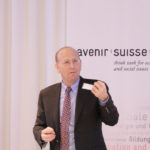 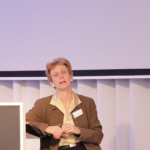 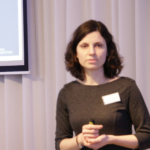 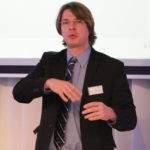