An Insider’s View of the Expatriate Community

A A
Blog
Author(s): Susan Kish in interview with Daniel Müller-Jentsch

Avenir Suisse: Expatriate communities are social milieus, but they also have their institutional “infrastructure” such as clubs, churches or associations. What type of infrastructure does the Anglo-Saxon community in Zurich have?

Susan Kish: Probably the most prominent infrastructure, at least for the business community, is the Swiss-American Chamber of Commerce. It has a high profile and their CEO has done an excellent job in turning it into a node both for the international community and for the Swiss community of business leaders. Their board of directors reads like a “who is who” of international companies with a presence in the region. Equally important institutional centres are the two large international schools of the Zurich area. Other institutions are women’s clubs, churches or theatre groups. The alumni associations of international universities, like Harvard or INSEAD, are also active players in the expat community.

What functions do these institutions fulfil for the expatriates?

Probably the core function is community. Community is difficult to define, but it can make a big difference for the successful integration of someone as a business professional and the successful integration of a family. The schools fulfil functions such as community and knowledge exchange. They have active calendars of social events, including adult education programs. In that sense, the schools complement and overlap with the existing business networks. Another important function of the various institutions is that they allow people to build personal networks in the region. An example is the Harvard Club where I am a member. They conduct all their meetings in English, they generally meet once a month and they invite interesting speakers. In summary, the key functions of most expatriate institutions are networking, community and information exchange.

What role do information platforms such as newspapers or internet-based communities play for the expatriate community in the greater Zurich area? 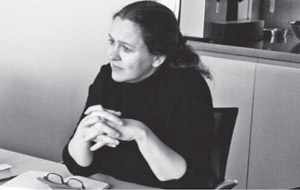 One institution that is missing in Zurich is an English language newspaper. If you go to Prague or Brussels, for example, you find newspapers that cater to the expat community. In the years that I have been here, I saw a few attempts to establish such newspapers or monthly magazines, but somehow they have not taken off. There is, however, an active online Group through Yahoo. These types of media provide the glue that keeps the community together. They provide news on what company is coming, what company is going, in which locations it is good to live, where to find various services and so on. In addition to these web-based platforms there are a number of books for expats in Zurich, which did not exist 10 or 12 years ago. Overall, there is a deep amount of information available through formal and informal networks and in fact that might be the reason why you don’t have an English language newspaper.

In the ten years since you came to Switzerland, how has the expatriate community changed? How has its infrastructure evolved?

One important change is that the Swiss society has opened up a lot since I first moved here in 1995. One manifestation are international restaurants, which have become much more diverse. Another structural change has been in the sheer size of the community. When we first moved here, the two international schools were a fraction of their current size. As expatriate communities grow and gain critical mass, their institutions also mature. Another area where I have seen progress is the multilingual environment. For instance, Switzerland is full of extremely good doctors who all speak English. And this is the kind of infrastructure that makes it a very attractive place for international professionals. In the case of the international schools, I have also observed a shift from a predominantly Anglo-Saxon community to a truly international community. Moreover, the number of “permanent expats” who chose to settle in Zurich has increased over time.

How do the expatriate community and its infrastructure in Zurich compare to a city like London?

London is just in another league. I have a client in London and hence I go there almost every week. You get out of the tube station in Holborn and you feel you have just walked across the UN. There is an enormous diversity of people and they are of every colour, every shape and every language. Zurich is not like that, you don’t have that energy and you don’t have that melting pot atmosphere to it. A feature that Zurich has in common with large cities like London, however, is the multilingual comfort in doing business. One of the reasons why I chose to start a business here was because I could do this in English. You can’t do that in many other European capitals. Zurich, Brussels and maybe Amsterdam are probably the only cities in continental Europe where this is possible.

Expatriate Communities form social enclaves, but they also provide a support infrastructure that helps newcomers to get settled. Do expatriate communities hinder or do they facilitate integration into the host society?

I think they do both. I know some expat families who have come here for 2 to 3 year job assignments and did a minimum amount of integration. They don’t need to, because the expatriate community allows them to live in their own little world. But I also know families who have done exactly the opposite: They have used the international schools as a sort of base to form the confidence to go to the next level and integrate and make friends and be involved in their new host society. For me, personally, the expatriate community gave me the confidence to start a business in Zurich and the business itself allowed me to integrate with the local business community here. So the answer to your question rests more with the specific commitment that an individual or a family has to their new home town.

When you arrived here ten years ago, you were planning to stay for only 2 to 3 years. Eventually you decided to make Switzerland your new home. How did this transition occur?

Well, there were a number of factors. First, we had three small children and the quality of life was a critical issue. In Zurich, I can take my kids up to the Dolder and have them ice-skate in one of the most gorgeous locations in the world. I can take them down to one of six beautiful places to swim in the lake, all nicer than what most country clubs in the suburbs of New York or Boston can offer. The quality of life for a family is enormous and for a working mother that is a big consideration. Another plus is security and the low crime rates. From a cultural perspective we also wanted to be in Europe and Switzerland is right in the heart of Europe.

From your experience as an American living in Zurich, what makes Switzerland an attractive place for the creative class?

The global creative class wants quality of life and in this respect, Switzerland gets top ratings. They love mobility and Switzerland is right in the centre of Europe and well connected to the outside world. Creative people also tend to like outdoor activities and Swiss cities are fabulously well situated for that. It’s easy to get to the mountains, to go swimming, hiking or skiing. The creative class also likes intellectual stimulation and culture. A more multilingual art scene would be good, but for me that is a secondary consideration. The creative class also likes great food and great wine, which they do find in Switzerland – and in nearby wine regions like Alsace. The creative class likes “hubs of learning” and Zurich has strong educational institutions such as the ETH, the University, the Hochschule der Künste. Zurich also has a lot of very smart people that you meet directly and indirectly. Again, that is an important consideration. An area, however, where I see challenges is the openness of the business community. One component of the business community in Switzerland are the international companies. But there is also a portion of the business community that is unbelievably closed, and you can just bang your head against the wall and you won’t get in. There is a real conflict between a community that is very open and international and a community that is very closed and revolves around questions like: What Zunft are you in? What is your position in the Swiss Bankers’ Association? The Swiss seem to love such status questions, but these traditional institutions do not welcome you as a non-Swiss. At a specific point there is a real push-back to outsiders and it is hard to see where that line falls. But that is just one of the many paradoxes about Switzerland.

How could Switzerland leverage its position in the global competition for talent more effectively? What do you see as its competitive niche?

I think if Switzerland in general and Zurich in particular understand their strengths and target audience, they could be to the international professional, what Monaco is to the international rich guy. As a business person, I can tell you that Monaco is pretty – but painful. There are only a few flights a day, Monaco is dead and there is not much to do there. It is simply not a vibrant professional surrounding. And Zurich actually combines the best of both worlds. It gives you the security, the comfort, the quality of life, the educational context, it gives you an extraordinarily central location and it gives you a multilingual, multicultural society. And these are strengths that the country can embrace and build on. And they are also a unique combination of factors that attract mobile international professionals. One interesting trend that we are seeing is amongst teachers for the international schools. Their families are typically very mobile and very selective in their locations. We are starting to see that teachers consciously choose Switzerland rather than more generous packages from other locations, for example in Asia – and the reason is the quality of life, the beautiful environment, and a tolerant and peaceful society. There are very few places that can offer such a mix.

Susan Kish was born in the US and graduated from Harvard University. She joined UBS in New York and moved to Zurich with her family as an intracompany transferee in 1995. Susan Kish stayed in Switzerland after leaving UBS and became a co-founder of the start-up and venture capital network First Tuesday in Zurich. She works as an independent consultant, sits on the Board of the Zurich International School and is an active member of the expat community. The interview was conducted by Daniel Müller-Jentsch for the Avenir Suisse publication “Die Neue Zuwanderung” .

Home » An Insider’s View of the Expatriate Community