Switzerland needs to adapt its schools, universities and vocational training system to reap the benefits of globalisation

Since the 1980s, three major developments have put the middle class in Western societies under pressure. First, the entry of developing nations onto the international stage intensified wage competition for western workers. The global workforce doubled from 1.5 billion to 3 billion and changed the balance between labor and capital. Second, rapid technological progress reduced demand for intermediate qualifications and polarised the labour market. And third, the financial and economic crisis after 2007 hit the middle class with recession and unemployment.

In contrast to many other countries, the Swiss middle class mastered all the challenges quite well. Switzerland’s competitiveness and favourable economic framework facilitated its rise as a global hub. Moreover, Switzerland was largely spared from the Great Recession of 2008-2009 thanks to the one off economic boost of particularly strong  immigration. Meanwhile the country’s highly respected vocational training system and its flexible labour market kept unemployment under control.

Nevertheless, there is some evidence of the middle class losing ground. Those on mid incomes have seen the smallest rises, compared with higher and lower earners, though polarisation was somewhat mitigated by the growing number of women in the workforce. 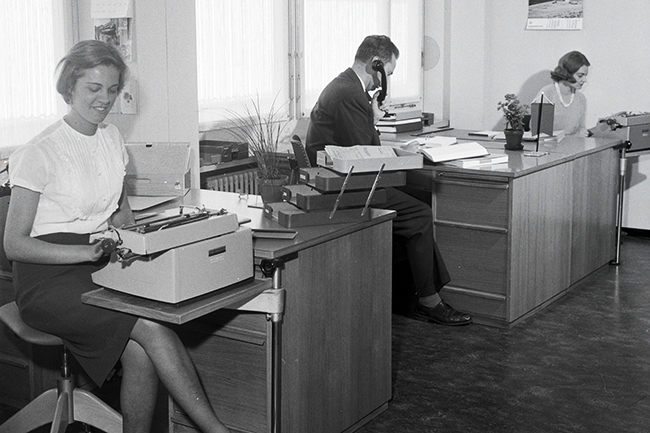 With regard to qualifications, however, polarisation was much more evident. The number of traditional office jobs based on apprenticeships, for instance, halved since 1995. Fortunately, workers reacted by trying to upskill.

Another important step was the opening of the higher education system to vocational trainees through a special school-leaving certificate. As a result, Switzerland’s baccalaureate rate has more than doubled. Today, an intermediate qualification is no longer synonymous with vocational training, but increasingly with tertiary education. The stability of wage distribution is hence primarily due to the increased educational efforts of the middle class itself.

General knowledge will pay off

Digitisation will certainly progress and create new jobs. But what will tomorrow’s jobs look like? And how prepared are the education system and the labour market for further disruption, let alone completely new requirements and forms of work?

Pressure on schools and higher education

Even Switzerland’s primary schools are lagging behind digitisation, since they only hesitantly recognise the need to teach digital competences. Universities are equally under pressure to adapt. They must find ways to integrate digital technologies into the popular human sciences. But they should also direct more resources and students towards fields such as mathematics, computer sciences, natural sciences and technology.

Switzerland has fared well with a flexible labor market in the past. It remains the best strategy for adapting to a digital world and should therefore be preserved.