Change at the Top of Avenir Suisse

A A
Blog
Author(s): Avenir Suisse 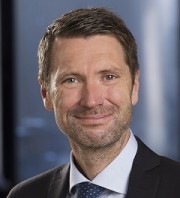 Today, 1 April 2016, Peter Grünenfelder takes over as Director of Avenir Suisse, succeeding Gerhard Schwarz.  Formerly head of the cantonal administration of Aargau and president of the Swiss Cantonal Administrators’ Conference, Peter Grünenfelder is the third Director of Avenir Suisse in its 15 year history. The appointment of the 49 year old also reflects the wish of the Board of Trustees for a generational change.

Additionally on 1 April 2016, Patrik Schellenbauer, currently a project leader, will at Peter Grünenfelder‘s request be promoted by the Board of Trustees to new Deputy Director.

Author: Avenir Suisse
What do you think about this topic? Give your to the authors.

Home » Change at the Top of Avenir Suisse