Which Future for Switzerland’s Militia System?

Between republican ideals and liberal lifestyles

A A
Blog
Author(s): Andreas Müller

Recent studies of the militia system – that particularly Swiss readiness to volunteer to serve as a village councillor or part time military officer – paint a rather gloomy picture. Political parties are losing grassroots support and finding it ever harder to persuade good candidates to come forward. Greater individualism, but also changes in working life, mean volunteering is in decline. In smaller towns and villages especially, heavier legal responsibilities and fears of unwelcome media attention are dissuading people from standing.

As work and private life become ever harder to disentwine, people are becoming less inclined to accept the additional burdens of part time civic office. In a nutshell, the hefty commitment – particularly in terms of time – is too bothersome, especially for the limited recognition likely.

Switzerland’s militia system rests on the country’s proud republican tradition. Rather than relying on armies of apparatchiks, the Swiss decided responsibility was best left to elected citizens willing to devote some of their spare time to the common good – whether as local councillors or in more modest posts. 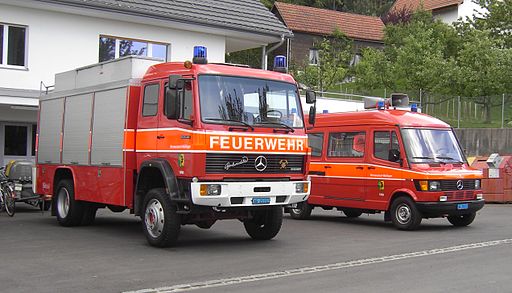 The fire service is a part of Switzerland’s militia system. (Picture: Wikimedia Commons)

But that spirit of republicanism conflicts increasingly with today‘s growing individualism: volunteering for the public good comes at the cost of forgoing opportunities for private pleasure. As the clockwork Swiss system turns on smoothly functioning public authorities, the whole mechanism can work only if enough people are willing to come forward. Citizens have to think collectively, and not just exploit the public spirit of others. But that republican model of expecting self evident dedication to civil participation, as still envisaged by Gottfried Keller, the influential Swiss writer and politician, has been transformed in the Switzerland of today into a mechanism in which participation can be chosen – or not.

No progress without  reforms

Is the Swiss militia system still appropriate for the future, or is it gradually degenerating into myth? There is a real danger that the widening discrepancy between an idealised version, and the underlying reality will be hushed up. Too often, people look away when accepted facts no longer feel true. Ultimately, if matters continue on their present path, Switzerland could develop an identity problem, given the militia system, alongside direct democracy and federalism, is one of the three core features of how the Swiss identify themselves.

Any reappraisal of the militia system must take place with no holds barred. Can the quality of the system be maintained in the medium term, or is society developing unswervingly to its detriment? Does Switzerland need more professionalism in politics and the military, or is more pressure required for people to fill public office? Would more mergers of smaller towns and villages help? Indeed, in that context, is the fundamental Swiss concept of extreme devolution still appropriate and applicable, or is that too slowly turning to legend?

The key question is what significance a further weakening of the militia system would have for Switzerland. How would – or should – our image of ourselves change? What would remain of the republican ideal of a Switzerland that thrives on the personal engagement of its citizens? Would this aspect of Swiss exceptionalism eventually come to rest just on the fact that citizens bother to send in postal ballots in referendums every three months – and even then only if they’re so inclined. How would electors react to the concept of an “overriding good” of Switzerland, or would once proud and active citizens degenerate gradually into just passive consumers of public services? Would the national interest eventually be equated self servingly with personal and family interests? What would be the consequences for the traditional, liberal Switzerland if the archetypal (small) businessman, who “networked” via the military and politics, ceased to exist?

Such questions touch on the essence of Switzerland, and the outcome is open. Politicians can no longer afford merely to moralise about the subject. Business too will have to address the subject of the value it ascribes to the militia system. Sufficient reason, therefore, to treat this as a major issue for the future and seek suitable answers.

Author: Andreas Müller
Short Biography
What do you think about this topic? Give your to the authors.