Trump’s Tax Plans Are a Significant Threat to Switzerland

Is Switzerland under increasing pressure to reform?

Washington is changing its taxation laws again. The Republican party wants to reform the federal corporate tax. Instead of just focusing on declared profits, all cash flows are now to be taxed. Although at first glance, this might not appear to be a major change, the new policy constitutes a fundamental legislative shift. An unexpected consequence of Trump’s administration could increase the pressure for further tax reforms in Switzerland.

The attention of the international media is still largely on the executive orders and multiple other official decisions Donald Trump has signed in the first weeks of his presidency. In the background, however, the Republicans have continued to work on a major corporate taxation reform. The new legislation seeks to abolish the corporate profit tax in favour of a new cash flow tax, designed essentially to tax the difference between expenditure and revenue. 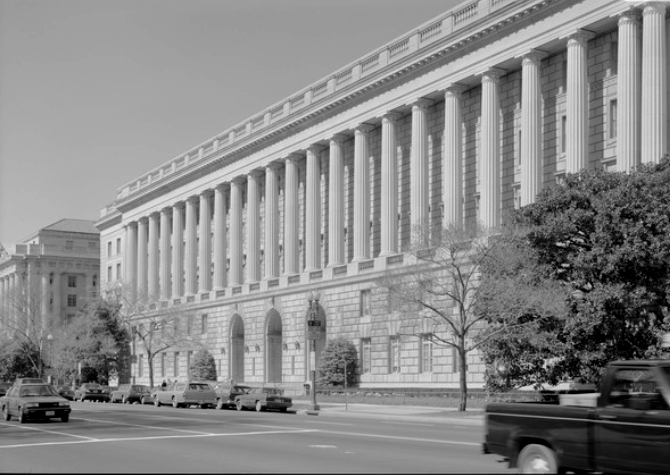 What does not initially seam like a fundamental change (see: Wegweisende Steuerreform in den USA. In German) is bound to have significant consequences for Switzerland as a business location. To understand this better, the two obscure concepts from the complex world of taxation must be discussed: the “territorial principle” and “home state regulation.”

The company tax will now be based on the territorial principle, i.e. The US Treasury will largely ignore the foreign income of American companies operating abroad. This would finally lead the US to stop taxing American enterprises operating outside the USA. Due to the relatively high federal tax rate of 35%, US companies are currently content with ‘parking’ these taxable income outside the national borders for as long as possible, delaying their taxation.

The transition to a pure territorial principle would, however, create incentives to generate more income abroad. This potential outcome is not only a problem for tax authorities in the US. The ability of multinational companies to minimize taxation on certain forms of income by avoiding the establishment of company offices in high-tax countries and operating from tax-efficient locations (Such as Ireland, the Netherlands, Switzerland), also represents one of the motives behind the “base erosion and profit shifting (BEPS)” initiative by the OECD.

Unlike the BEPS, the Republicans are not proposing a further adaptation of the rules that have characterized international taxation for more than a century. By applying the destination tax, the USA will be entering a new age of commercial regulation.

Only income and expenses incurred in the USA would be subjected to corporate tax. Expenses on imports will no longer be deducted, but revenue from exports will be exempt from tax. The decisive factor for the treasury would therefore be the destination country of the goods and services (USA or foreign) and not its origin.

This potential change could have a significant impact on Switzerland. A simple example can be used to illustrate this: If a Swiss subsidiary of a US company sells goods that are moved from the group’s headquarters in the USA, the income generated will need to be taxed in both Switzerland and the USA. How much tax is to be paid in one country, or another, depends on the internal price at which the subsidiary’s goods are credited (“transfer price”). If the transfer price is low, there is less taxable income in the US and a higher profit in Switzerland. Since the tax on annual profits for multinational companies is currently much lower in Switzerland, there is a clear incentive to keep the transfer price as low as possible.

From a US perspective, with the introduction of the destination country principle, transfer prices would no longer have to be checked. The policy would also diminish the incentive for American multinationals to deal with a substantial portion of the profitable activities abroad. US companies would now have the added incentive to set high transfer prices, mainly because income from exports would only trigger profit tax abroad. Switzerland will not be able to attract these operations with low profit taxes alone.

Despite the assertiveness of the policy, some experts doubt the feasibility and practicality of such a fundamental tax policy change. Many believe the current estimates that the new tax would bring the US treasury $ 100 billion of additional revenue are too high (Alone the corporate tax generates $ 350 billion). A total overhaul of the taxation system would be extremely demanding. The WTO would most certainly get in the way of a major taxation shift and offer some sort of mediation.

However, the financial consequences of a gradual capital migration would be considerable for Switzerland. Exact figures on this scenario are not available, but we can safety assume that a substantial portion of the approximately CHF 40 billion of profits that are taxed annually in Switzerland can be attributed to the international activities of US companies. This would wipe-out billions of Switzerland’s potential tax revenue.

Switzerland’s financial point of attraction – the moderate profit tax on mobile forms of income – would lose some importance from an American perspective. However, more significant relative disadvantages such as the high costs of life, the complicated access to the European internal market or the complications associated with the recruitment of foreign staff are here of greater concern. An unexpected consequence of Trump’s election victory could therefore be the increased pressure for internal reforms in Switzerland.

Home » Trump’s Tax Plans Are a Significant Threat to Switzerland