A A
Blog
Author(s): Wolfgang Kasper

This is written from far-away Australia by an observer of Old Europe, someone with a taste for individual freedom and civic respect, which he acquired during his primary school days in the nearby Principality of Liechtenstein. And I feel these days sorry for the Swiss.

The Swiss were able to defend their freedom against tyrants, from the early Habsburgs to “Kaiser Adolf”. A resolve to stand up for their sovereignty was coupled with moral, economic and military strengths. Over the centuries, they have thus been able to develop their unique civic culture without excessive outside interference, except Bonaparte’s; and after Bony’s inglorious demise, they soon became their own self-responsible masters again. In the final analysis, this capacity was – in my opinion – based on the understanding that freedom and prosperity depend on people’s hearts, minds and customs, rather than on institutions which are decreed from the top down by governments and reliance on politico-bureaucratic elites. The Swiss have been world-class practitioners of what Edmund Burke called ‘human heart-based” government.

What matters most in this context are trusted private property rights, the freedom to use them within the rule of law, individuality tempered by compromise and mutual, benevolent respect, as well as small, rule-bound, decentralised government. The long-term success of this moral-political design answers the question: “Why Switzerland?”

Alas, the Swiss are now facing a more pernicious enemy to their traditional way of life, the collectivist bacillus emanating from welfare states. The Swiss are now surrounded by post-industrial bankrupt welfare states, for whose industrial and political elites the Helvetic Federation is an intolerable challenge and provocation. The cartel of high-taxing governments (aka G-20) cannot tolerate Swiss competition in tax policy and the quality of government services. Nor can foreign governments tolerate Swiss quality competition in the protection of banking assets. So, they threaten to “send in the cavalry” against the gnomes of Zurich! 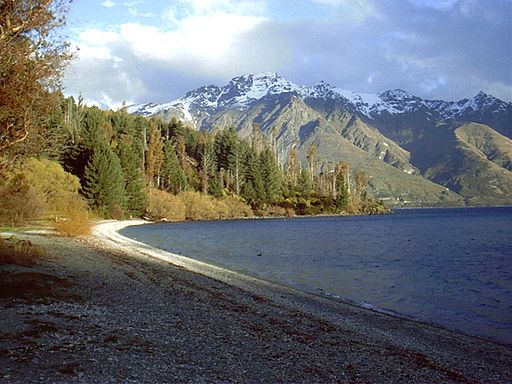 “After all, there are glorious mountains elsewhere, for example in New Zealand, and Australia has bigger snowfields than Switzerland…” (picture: Wikimedia Commons)

After all, no government can at the same time fulfill the traditional protective function and pursue growing ambitions of political redistribution. Massive redistribution by confiscation-plus-subsidy and interventionism can in particular not be achieved if highly taxed and overregulated citizens are able to escape to places like Zurich or Zug. Politicians in Brussels, Berlin or Washington and bureaucrats in the UN, the OECD and the EU therefore impose rules that oblige everyone to tax and overregulate. “Harmonisation” has become a political spin word within the cartel of governments who want to ensure that individual property and other rights are not too well protected. The Swiss are forced to comply, because Swiss living standards depend on trade with the other affluent nations. Sovereignty in shaping the economic and civil order is thus being progressively lost.

Other governments now demand reciprocity in the tax and regulatory (mal)treatment of the citizens. The Swiss are being accused of being selfish, when they try to trade freely by exploiting their superior institutions. They are no longer allowed to benefit from being attractive to well-to-do tax minimisers in other countries! In this discussion, it is conveniently overlooked that the artificial structures, which are imposed on the Swiss, only benefit the political elites of other countries, while the citizens of all countries of course benefit from free trade and capital exchange with Switzerland. So, the successful, traditional Swiss social model is now being made impossible. Moreover, many Swiss now have lost their will to stand up and fight, indeed many have caught the welfare/redistribution virus and submit meekly!

In an era in which the low-cost, instant transport of ideas has become possible, in which Amazon experiments with prompt book delivery by mini-helicopter, one is tempted to speculate about the possibility of relocating the Swiss model and those, who still cherish it, into a new, freer neighbourhood. After all, there are glorious mountains elsewhere, for example in New Zealand, and Australia has bigger snowfields than Switzerland…

That is of course not feasible. What is, however, feasible for people in far-away places is to study Swiss institutions and Swiss history. We can be inspired by this unique historic experiment, before it is being completely extinguished. We can all become a little bit more Swiss. In this way, we can help the Swiss resist the stranglehold of freedom-choking visible hands in the UN, OECD and EU.