A Leading Role for Each Level of Government

Switzerland’s status as a highly decentralized country is plainly reflected in the origin and flows of public sector investment. Compared with most other states, the federal government has relatively little influence on investment. Back in 2016, the Confederation accounted for only 30 percent of total investment, while the cantons and municipalities made up the remaining 70%.

Ten years earlier, however, the Confederation’s share was at even lower at just 25 percent – in other words, Switzerland has become more centralized than before. Moreover, it is not alone: in the unweighted mean of the countries shown, the central government’s share of total public sector investment rose from 45,4 percent to 51 percent between 2006 and 2016. The trend was most extreme in Ireland, where the ratio exploded from 31 percent to almost 85 percent. 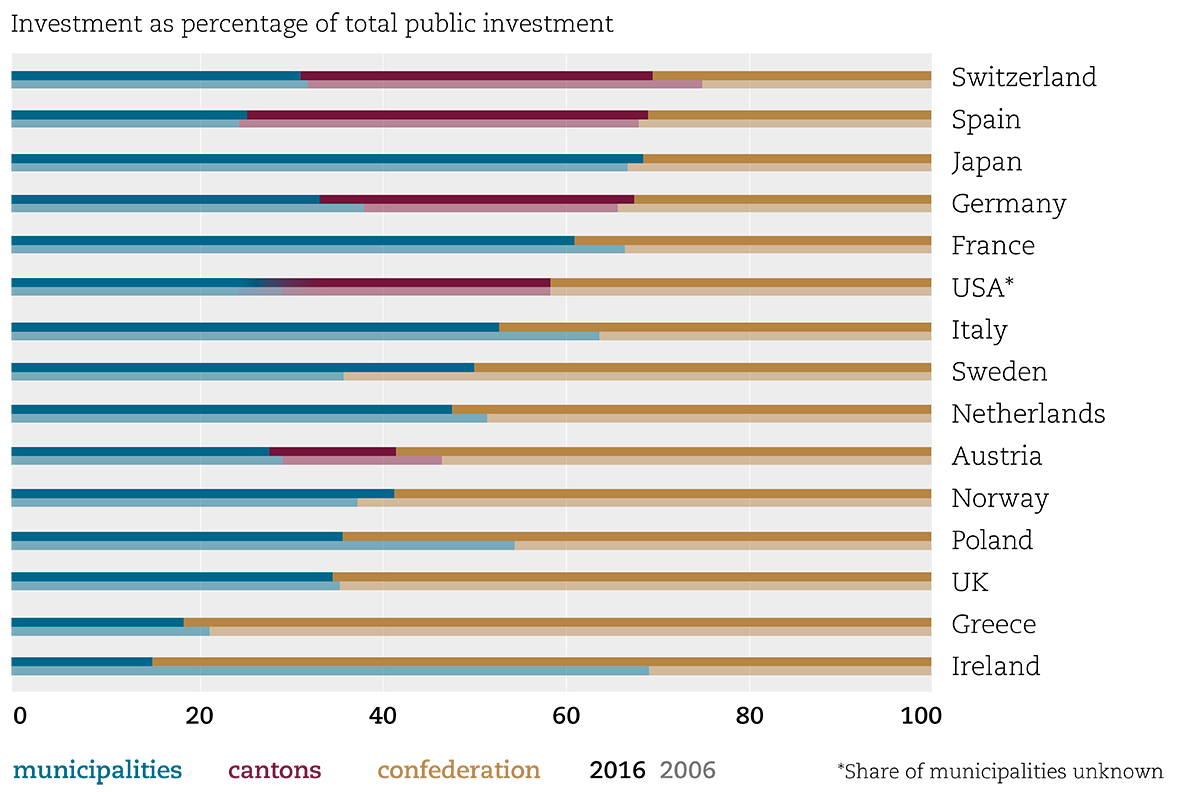 Home » A Leading Role for Each Level of Government