Artificial Intelligence and the Telephone Operator

What switchboard operators can tell us about the future of work

Predictions about the impact of artificial intelligence on employment oscillate between unlimited optimism and the fear of human redundancy. Which is true? A look at the past, peppered with some economics, provides more clarity. After all, this is not the first time technology is shaking up established working practices.

The website for the history of Switzerland’s PTT, the former post, telegraph and telephone monopoly, is most informative. It includes testimonials from former employees about special moments in their careers. The memories of the switchboard operators – a typically female profession at the time – are particularly insightful, revealing much about the arrival of new technology. 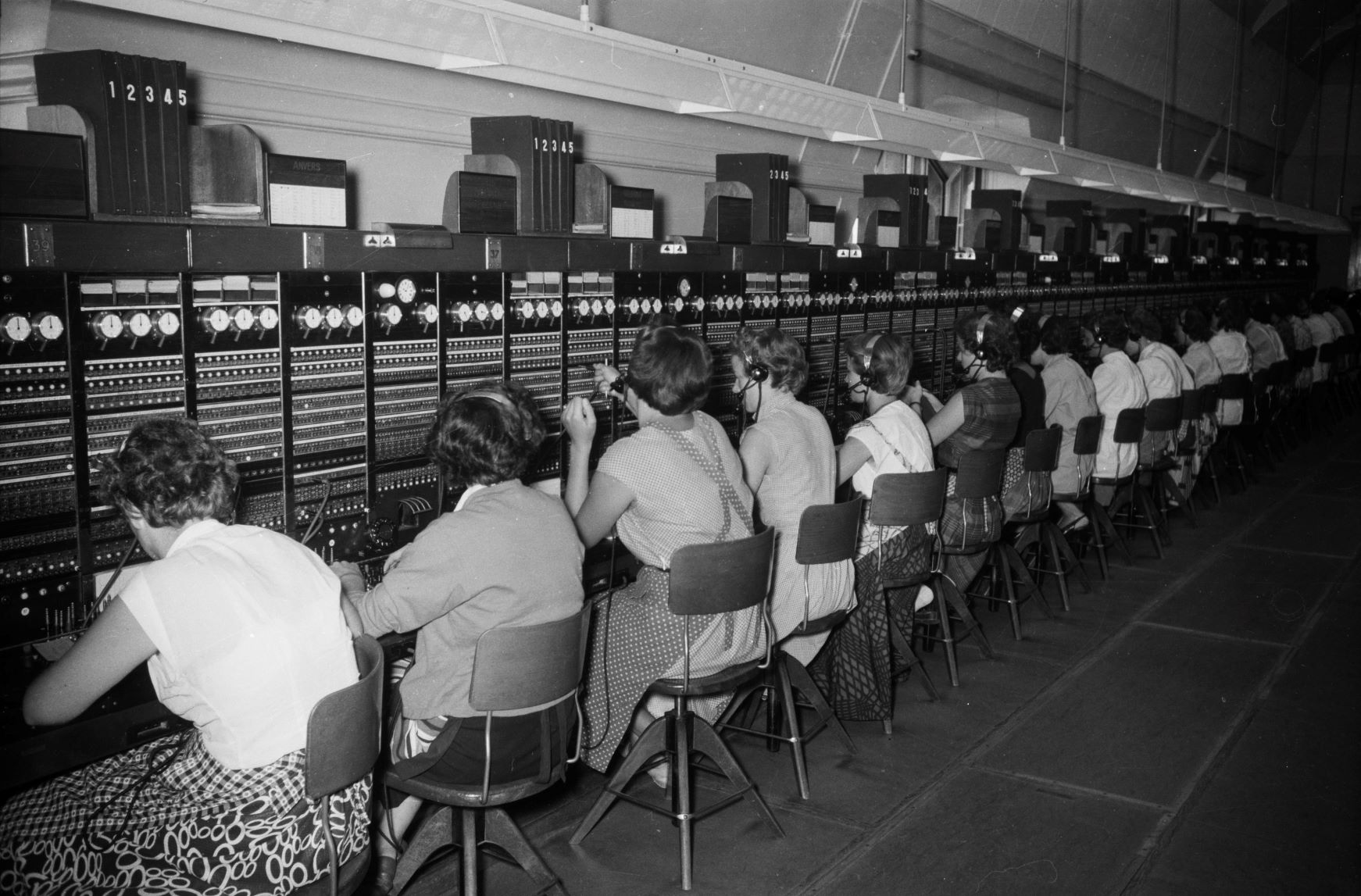 Although the technology had long progressed, female switchboard operators were employed for more than half a century in Switzerland. (ETH picture archive Commons)

Although Switzerland was at the forefront of the switch to direct dialing, the last manual telephone exchange (in Scuol in the canton of Grisons) only closed in 1959. Quite late, considering direct dialing had been available for more than 60 years. As early as 1892, the world’s first automatic telephone exchange started service in the US. By 1900, some phone companies had completely dispensed with manual exchanges.

The long career of the Swiss switchboard operator was not due primarily to technical tardiness. Practical reasons prompted the PTT, like many international counterparts, to delay the introduction of direct dialing. Among the reasons was quality of service. As PTT pensioners recount, it used to be commonplace to call the operator to connect with someone whose number you did not have. The operator also checked the quality of the line and, if the person called did not answer, would sometimes even take a message to pass on later (services performed today by Siri and other digital assistants).

So, if artificial intelligence should one day become truly intelligent, it is by no means certain the professions theoretically most at risk will actually disappear. Ultimately, rising female wages and rapidly growing demand for telephone services after World War II provided the decisive impulse for full automation. From then on, people had to learn how to dial a number themselves.