What Digitization and New Technology Mean for Democracy

Digitization has brought clear gains for democracy. But convenience has not eclipsed the darker side of innovation. Serious doubts remain about the role of tech giants like Google and Facebook in potentially distorting information flows and attitudes.

Digitization has brought clear gains for democracy. But convenience has not eclipsed the darker side of innovation. Serious doubts remain about the role of tech giants like Google and Facebook in potentially distorting information flows and attitudes.

Debate about the role of social media in the democratic process has taken on a negative, if not alarmist, spin of late. Representatives of traditional media have argued that filter bubbles and social groups with wholly inward looking views of the world are damaging social cohesion irreparably. They argue the ability of democratic states to strike compromises, and thereby create majorities, is being increasingly put into doubt by the misuse of social media. In a period when authoritarian social models are on the rise globally, such trends are particularly worrying.

But before anyone jumps to conclusions about the evils of outside interference, they should consider the counterarguments, counsels Fabrizio Gilardi, political science professor at University of Zurich.

Recent research on the digital revolution suggests the influence of digitization on elections and other democratic tools via social media and other means may be considerably less pernicious than feared.

Benefits as well as risks

Digitization has brought clear gains for democracy. E-voting has gained ground globally and many governments now try to improve transparency and ease contacts with their citizens. Estonia’s citizen-government interactions are now virtually all online; streets in central Yerevan, Armenia’s capital, abound with online terminals covering everything from paid parking to settling utility bills.

But convenience has not eclipsed the darker side of innovation. Serious doubts remain about the role of tech giants like Google and Facebook in potentially distorting information flows and attitudes. “They are influencing democracy in very real ways”, admits Prof Gilardi, pointing to the increasingly polarised politics of the US and UK.

No need to exaggerate

But many academics, like Théophile Lenoir, a researcher at the Paris based Institut Montaigne think tank, remain way of overstating technology’s deleterious effects on democracy. Mr Lenoir cites research debunking popular beliefs that Facebook and others played a major role in Donald Trump’s election. “Russian interference had a 0.01 percent impact at worst”, he argues.

Prof Gilardi, who runs a “Democracy Lab”, argues the internet and social media are not the prime sources of political polarisation: evidence to date shows social media users tend to be young, better educated, more liberal and more interested in politics – and therefore unrepresentative of the electorate as a whole. By the same token, those least likely to use social media or the net are the most polarised.

The two researchers, speaking at this year’s Avenir Suisse Think Tank Summit, said critics tended to overstate the power of algorithms in feeding information to individual internet users, with choices made more via self-selection than indiscriminate consumption of material pumped down the line.

Other research showed most people, across the political spectrum, still chose mainstream media as their prime source of information, while “fake news” had considerably less impact than widely assumed. A study by the School of Journalism at New York’s Columbia University, based on front page stories in the New York Times, highlighted the continuing role of traditional media in agenda setting, noted Mr Lenoir. The evidence also suggests, people correct their opinions if shown to be wrong. “It’s my conclusion at this point that the phenomenon may not be quite as serious as is claimed”, concluded Prof Gilardi. 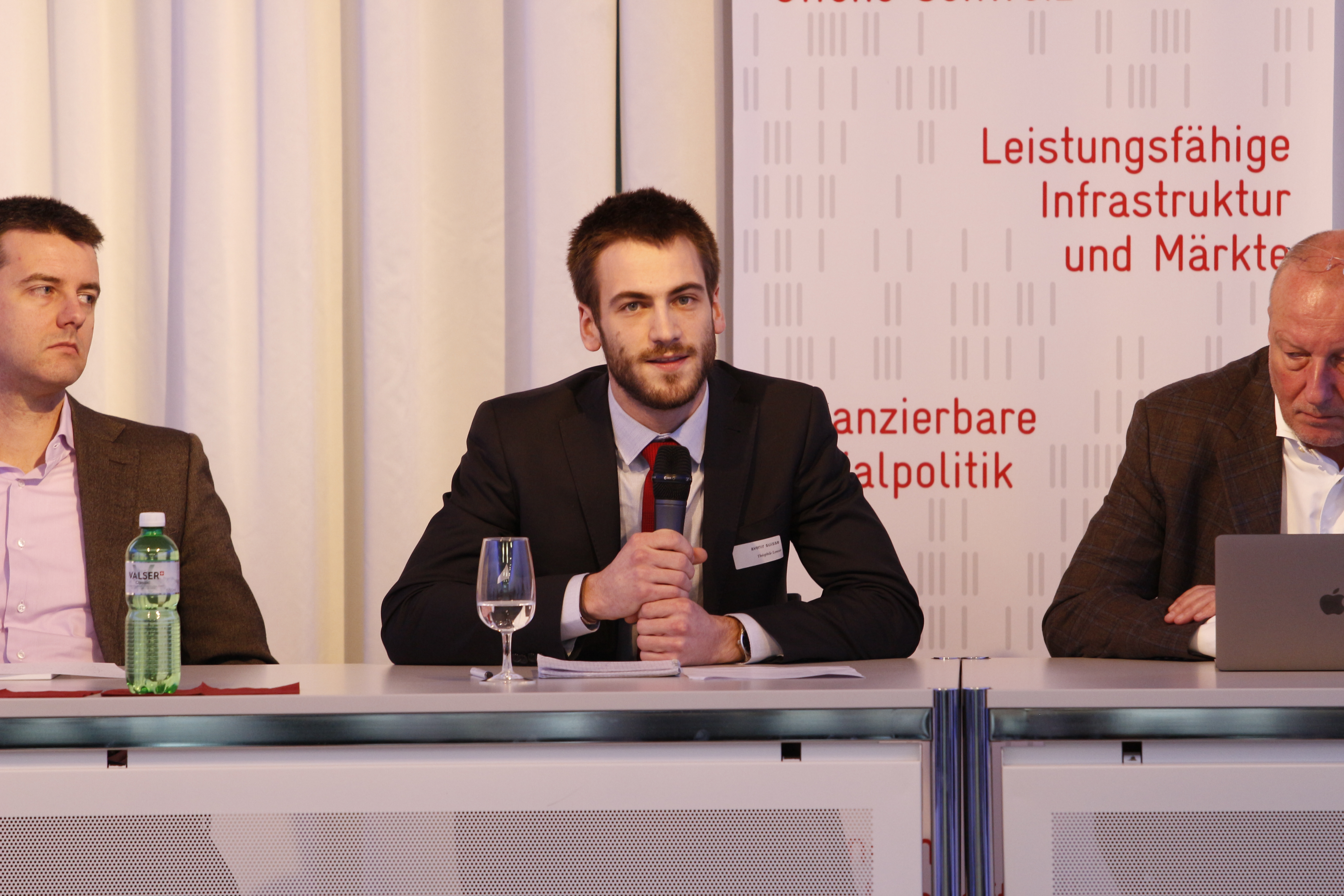 That’s not to say the dangers should be ignored. Roger de Weck, a respected journalist and former head of Swiss Radio and TV, argued passionately for greater plurality in the media and warned particularly about the dangers of concentration. “I think we are at a major turning point”, he predicted, pointing to the steady rise in advertising spending attracted by tech groups like Google and Facebook. “Such a concentration of power is a challenge for liberal democracy and society … You cannot have a good democracy with a strongly damaged media system.”

Of course, there are some remedies. The algorithms used by search engines and social media sites could be made more transparent to attenuate fears of distortion and improve the detection of untrustworthy information. Boosting media literacy, notably among the young, would also be helpful.

Where participants at the Avenir Suisse Summit were unanimous, however, was on avoiding greater government intervention, if possible. While media outlets should be encouraged to cooperate to identify and combat fake news, compulsion and legal measures should be avoided if at all possible.

Author Haig Simonian
Short Biography:
Before his posting to Zurich, Haig Simonian was the Financial Times’ chief German correspondent. His journalistic career began at The Economist in 1984. Today he is a well known freelancer writer, broadcaster and moderator of business events.
More from Haig Simonian
What do you think about this topic? Give your to the authors.

Focus of the month Contrary to received opinion, taxes on capital in Switzerland bite hard

Home » What Digitization and New Technology Mean for Democracy