Hardly any other developed country offers parents and pupils so little choice in public sector education as Switzerland. Seldom are there alternatives to the local village or city district school. In a 2010 OECD survey, two thirds of secondary school head teachers admitted they faced no competition from other schools for pupils – putting Switzerland next to last among the OECD’s 32 members. The quasi-monopoly is probably even more extreme in rural areas. In Switzerland, a basic principle applies: where you live is where you go to school. Attempts to change matters through referendums in cantons like St Gallen, Zurich, Thurgau and the city of Basel have foundered regularly, with more than 80 per cent of voters coming out solidly against. Why does a country that otherwise sees itself as liberal struggle so much more than most others when it comes to the free choice of Schools?

For many Swiss citizens, the public secondary school embodies a key achievement of the modern federal state. The 1874 constitution stipulated for the first time the requirement for obligatory, free and – above all – non denominational education in all cantons. The aim was to push back the church’s influence in central Switzerland. Even though the idea of a new boom in church schools in secular Switzerland was absurd, the idea that basic education is a matter for the state remains dominant, even today.

With a mere 5 per cent market share, the role of private schools is strikingly small – at least in terms of numbers. Nevertheless, some of the latter count among the most forward looking educational establishments. Despite that, opposition to liberalisation – particularly when it comes to including private schools in the range of official choice, for example via a cantonal or communal voucher system, remains very strong. 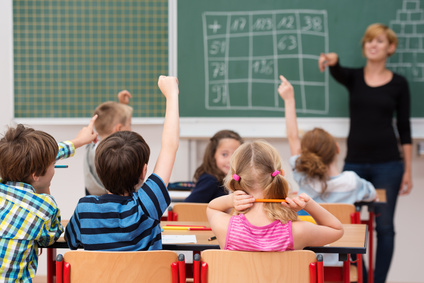 Although such models have been tried in many countries, including Scandinavia, there is still a lot of convincing to do in Switzerland. Just offering parents greater choice of public sector schools would be an important step – one that could command majority support. Doomsters claiming such a move would ring in “the privatisation of education” exaggerate.

But their arguments demonstrate one thing: educationalists betray a fundamental aversion to anything that smacks at all of competition. That the latter is one of the ways for learning, and thereby basically a creative principle, is disregarded.

The knee jerk reaction to greater choice rests on the argument that the resultant competition between schools would be socially damaging, as pupils would inevitably segregate based on parental income. But the reality is different. Today, proximity to purportedly better schools tends to be reflected in higher local housing costs. Whoever sends their kids to school in a favoured location pays an effective “entry price” – which can generally only be met by the better off. So segregation is actually a result of the current system. Freedom of choice today – whether because people move house or send their children to private schools – is effectively income related. Studies confirm that it is the better off in particular who’re against free choice of schooling – as they’d lose a valuable privilege otherwise. Leftwingers should take note.