Learning from Switzerland and Schwyz

A A
Blog
Author(s): Oliver Hartwich 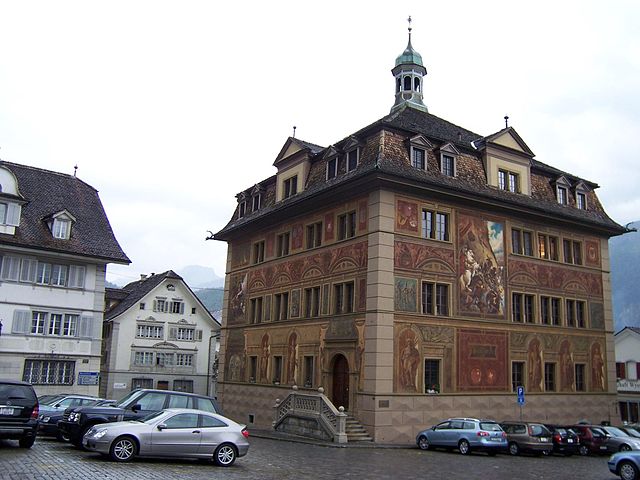 Let’s begin with an anecdote: When I researched international housebuilding policies for a London think tank, I turned to the cantonal government of Schwyz. Hoping for a positive reply, I politely asked if they would assist me with my project and whether they might even agree to be interviewed on a planned visit to Switzerland. The answer I received was relatively abrupt. I was informed that they could not see how they would be able to help me and, in any case, they could not figure out what a Londoner might even want to know about Schwyz. Only when I insisted that I was really interested in town and country planning in the canton of Schwyz, I finally received an invitation for a meeting. After this prologue, I was prepared for a frosty reception but I was positively surprised. The leaders of the planning department took a whole day out of their diaries to introduce me to their work and the canton. At the end of our tour of Schwyz, I asked my friendly hosts why they had been so hesitant about meeting me in the first place. “Oh well, you know”, the chief planner told me, “we often receive international requests that confuse Schwyz with Switzerland. And then these people are always disappointed when they realise that we are not the Federal Council.”

In a way, this true story sheds an appropriate light on Switzerland’s non-centralism. From a Swiss point of view, it must be hard to imagine how fascinating, thrilling and attractive the small-scale political structure of the country appears from the outside – and that foreigners looking at Switzerland may find the workings of Swiss cantons and councils interesting or even inspiring.

In Switzerland, meanwhile, there is no shortage of critical voices when it comes to its small-scale nature. A decade ago, Avenir Suisse triggered a debate on the future of cantons and councils with its publication „Baustelle Föderalismus“. Ever since, another 500 municipal councils have disappeared through amalgamations. Unfortunately, the militia system is running out of volunteers, which begs the question if there is a future for small-scale political units. And of course, horizontal fiscal equalisation between cantons is an often tiresome and never-ending debate. Be all that as it may, despite such difficulties of Switzerland’s political governance model I still regard its adherence to small political units and non-centralism as a shining example. To understand why, you only need to consider the alternatives.

Over the past ten years I have lived in London, Sydney and Wellington and thus in three countries that are highly centralised. The recent revival of British localism and Australia’s weak version of federalism do not change this picture. In any case, New Zealand is one of the most centralised countries in the world. In England, Australia and New Zealand I would have wished for “more Switzerland” since the predominance of central government is one of the major obstacles to economic development. Central-government decision-makers often lack local knowledge. To make matters worse, under a system of fiscal centralism, councils get robbed of the fruits of their development as local taxes get siphoned off by far-away capitals.

In all three countries I have repeatedly recommended Switzerland as an alternative model – against the monoculture of centralist bureaucracies and for the pluralism of small units that are much closer to their citizens. In conversations with New Zealand’s leading politicians, I have found a great deal of interest in this “Swiss model”. However, our Kiwi politicians find it hard to imagine how local and regional tax competition can work in practice. The best way to find out would be to travel around Switzerland’s cantons and cities and find out on the spot. But that can only work, of course, if there are people willing to share their experience.

Dr Oliver Hartwich is the Executive Director of the Wellington think tank “The New Zealand Initiative“. Previously, the German-born economist and lawyer was an advisor in the UK House of Lords, chief economist at the Londoner think tank “Policy Exchange” and a research fellow at the “Centre for Independent Studies“ in Sydney.

Home » Learning from Switzerland and Schwyz