A A
Blog
Author(s): Patrick Leisibach

At first glance, the demand seems obvious: companies that “accidentally” make high profits as a result of a crisis should be subject to a special tax. A portion of the “excessive” profits could thus flow back to society. The idea of a temporary “crisis tax” was raised most recently during the coronavirus crisis and relaunched as a “war profits tax” in the wake of the Ukraine conflict.

During the pandemic, profitable tech and pharmaceutical companies came under the scrutiny of politicians. The idea was that those who profit(ed) from the corona crisis should help finance government coronavirus support measures through a special tax. In the case of the Ukraine war, these calls target oil companies and commodity traders that benefit from rising commodity prices. The idea would be that part of the profits would be skimmed off by the state. In the meantime, some countries have initiated corresponding tax reforms or are discussing their implementation.

The idea of a crisis tax may not only be “fair” in theory, but also economically efficient. Taxes are particularly efficient if they lead to only minimal evasive reactions on the part of the individuals or companies affected. A retroactive and one-time crisis tax seems to fulfill this criterion. Because the extraordinary gains are based on past decisions, firms can hardly avoid the tax. The welfare losses associated with the tax are therefore small. So much for the theory. In practice, a crisis tax is neither efficient nor fair. There are at least ten reasons why it’s better left well alone:

1. Switzerland is no banana republic

For good reason Switzerland boasts of being a haven of legal security. Companies often point to this advantage. A good tax system should be predictable and hold no surprises. It’s in the nature of things that capital in particular is susceptible to ex-post taxation. However, it’s the commitment not to change rules agreed ex-ante during the game that distinguishes constitutional states from banana republics. Especially in times of unresolved relations with the EU, Switzerland should be careful not to further erode confidence in its location. Trust can be destroyed quickly – but it’s difficult to rebuild.

2. Once taxes have been introduced, it’s hard to remove them

History teaches us that once taxes have been brought in, they hardly ever disappear again. The best example is the direct federal tax, which was introduced during the First World War as a temporary war profits tax (!). The withholding tax, which was introduced in 1944 on the basis of emergency legislation (its reform will be put to the vote this fall), was also initially intended to last only a few years. However, these are only two examples from the history of federal taxes that show how taxes initially intended to be temporary are usually extended, renamed, extended and increased, but hardly ever abolished again. The result of taxes introduced in times of crisis (and later enshrined in tax law) is therefore not infrequently that government spending never returns to pre-crisis levels. Once the money is there, new uses can always be found for it.

In a market economy, prices have an important signaling function: they show producers and consumers how scarce a good is. High prices – and thus high profits – create incentives to expand supply through additional production. New suppliers enter the market. At the same time, high prices ensure that the commodity is used sparingly. At the beginning of the pandemic, masks and sanitizers were suddenly in short supply, which drove up prices and gifted manufacturers (as well as resourceful importers) high profits. As the pandemic progressed, the shortages eased and prices for these products fell. Taxing the profits of the crisis reduces the incentives to expand the supply of goods that are in high demand. As a result, scarce goods remain scarce for longer, with potentially lethal consequences.

4. Progress is slowed down

Without the prospect of high profits, many risky investments would never be made. Hundreds of coronavirus vaccine projects have been (and continue to be) pursued worldwide. Only very few of them are successful. The majority remain stuck with a pile of costs. But who invests in new technologies when the state socializes any profits but leaves the risks and losses solely to the entrepreneurs? Temporarily high profits are the necessary counterpart to the high investment that they can help repay. A tax – but also the suspension of patent protection for coronavirus vaccines and other innovations – inhibits spending on research and development. Those who can contribute significantly to overcoming a crisis should not be prevented from doing so by the state.

5. Demarcation problems I – or why “chess influencers” should also be taxed

A crisis tax requires a definition of what industries and companies count as winners in a crisis. Basically, this definition boils down to a judgment of what are morally “good” and “bad” profits. According to the proponents of the special tax, the latter include the profits earned by large oil companies. But this is too simple. As a result of the Ukraine war, demand for renewable energy, already high, continues to rise. Heat pumps and solar systems are more sought-after than ever before, and tradesmen’s order books are full to bursting. Does this justify a special tax? Another example: the pandemic led to a boom in chess. Online platforms saw record numbers of people sign up, chess boards were sold out in some cases, and influencers showcased the game in tournaments to great publicity. Is this a reason for a special tax? A definition of possible crisis winners is inevitably arbitrary, violates the principle of equality in a market-distorting way, and opens the door to lobbyism. 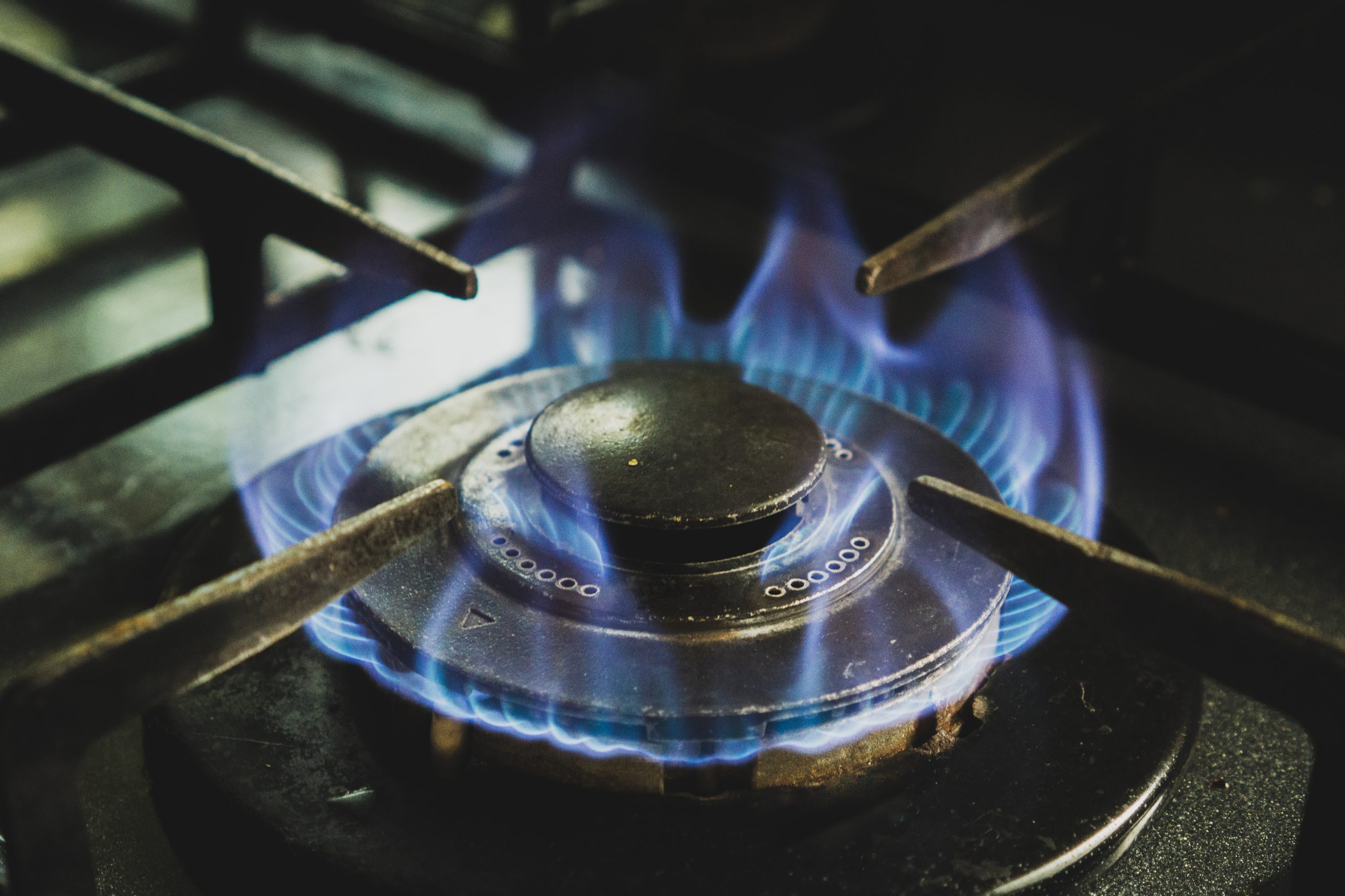 Once the affected companies have been determined, the problem of distinguishing between “normal” and “excessive” profits arises. Various methods are being discussed. What they all have in common is that they’re based on an arbitrary definition of a benchmark profit. In practice, it’s impossible to determine which of a company’s profits are actually “crisis-related.” If past profits are used as a reference, the level of excessive profits will vary depending on the comparison period. Ultimately, this basically also boils down to arbitrary political decisions.

7. Profits are often only short-term

High profits are usually of a temporary nature. They disappear on their own when the economic situation changes or new companies enter the market. High prices for fossil fuels make renewable energy more attractive, which reduces the profit margins of oil companies. High profits over the long term, on the other hand, indicate that certain companies have market power. But that’s a matter for antitrust authorities rather than tax policymakers.

Successful companies are already required to cough up under the existing tax system. The higher the profit, the higher the tax burden. Profitable companies therefore make a disproportionately high contribution to state finances compared with low-profit and loss-making companies. Moreover, corporate profits generate (progressively taxed) income in the form of dividends and wages – and thus additional tax and social security revenues.

Anyone who calls for special taxation of high profits would logically also have to be in favor of state compensation for profits that deemed to be “too low.” If oil prices collapse, subsidies would then be owed to the oil companies. This would mean abandoning the free-market principles on which our prosperity ultimately rests.

Fundamentally, the question arises as to the extent to which profits can ever be regarded as accidental or unmerited. Pharmaceutical companies invest and research with an eye to sales opportunities and probabilities of success. In light of infectious diseases in recent decades (Ebola, Sars, Zika), intensive research has been conducted on coronaviruses and new vaccines for some time. There can be therefore be no question that the profits made by vaccine manufacturers during the pandemic were accidental. The same applies to other companies.

Author: Patrick Leisibach
Fellow Equal Opportunity Society
Short Biography
What do you think about this topic? Give your to the authors.