Privatization & Liberalization: The Debate Is Open! (2/2)

Energy and trade : the locks need to be opened

Energy: all customers must be given a choice (liberalization)

In Switzerland, energy market reforms were stopped halfway. Only customers consuming more than 100,000 kWh per year can freely choose their electricity providers. The remaining 99% of consumers are prisoners of regional monopolies. They are forced to rely on their local provider. Electricity providers can impose higher prices in order to cover their own production costs, setting prices at higher rates than the market price. In a competitive energy market, the customer should have the choice of several providers and it would up to the electricity companies to adapt. In the Swiss electricity market, the state chooses and decides for the customer, whose only right is to pay the set rate. Electricity companies do not adjust since they benefit from protective state licenses. Regulations benefitting the existing structures are maintained instead of lowering costs for the households.

In such a context, privatization without any prior liberalization attempts would have no positive effect. The state monopoly would simply be replaced by a private monopoly. What is critical is to offer all citizens the choice for their electricity provider, in a market with different alternatives in terms of prices and convenience. A full liberalization of the energy market would boost the Swiss economy to the benefit of the consumers. 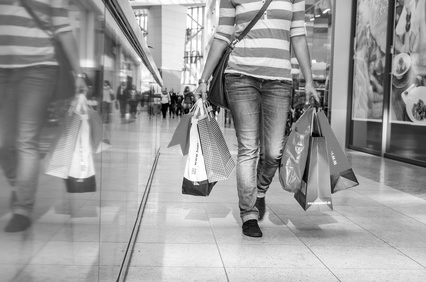 Trade: a sector under pressure (regulation)

Swiss retail trade is also lagging behind. The strong Swiss franc encourages shopping tourism across the border. City centers are increasingly unattractive for local shoppers. The rise in online commerce diverts a significant part of the consumers from shopping in a physical market place. In this context, common sense should prevail and provide ‘offline’ shopkeepers with a few additional competitive advantages.

In particular, the possibility of extending opening hours would be an effective way to differentiate the retail market. Of course, in line with Swiss labour culture, the hours worked by employees at night or on Sundays would be well compensated, according to negotiated industry agreements (examples already exist in many industries). However, this liberalization of working hours is still hampered by strong regulatory resistance. Shopkeepers, already under financial strain, are put under additional pressure from ever-stricter labour laws. Deregulation, including that of opening hours, would provide shopkeepers with some breathing room.

Privatization, liberalization or deregulation projects are not definite solutions, but tools for economic policy. They cannot be implemented by force and without some nuances in all areas. In each case, it is necessary to define the measure that will benefit citizens and consumers the most. The clear objectives of each project must be defined in a specific way. It is however high time to overcome the prejudices and blockages caused by the words «privatization», «liberalization» and «deregulation». The Swiss economy needs fresh breath of air and these tools are adequate to revitalize certain economic sectors. Let’s open the debate!