Progress Should not Be Taxed

There are many good reasons against a robot tax

It is still an open question if and when intelligent robots will move from science fiction to conquer the Swiss labor market. Nevertheless, plans to burden this new workform with an additional tax are already afoot. Last spring, the European Parliament itself tackled (and rejected) the idea of a robot tax. But how can such a concept even be addressed economically?

In the end, it’s always people who pay

Let’s assume robots (with or without consciousness) remain unpaid for their work. So, while they would pay no tax, their owners would (just as with dog owners in Switzerland pay a dog tax). A robot tax would therefore hit capital gains. If the owner were an individual, additional income and social security contributions would be due; if a company, the additional tax burden would fall on profit and dividends. Most probably, the robot owners might even pass on part of the extra taxation to their customers and employees, as is already the case with today’s corporate profit taxes. 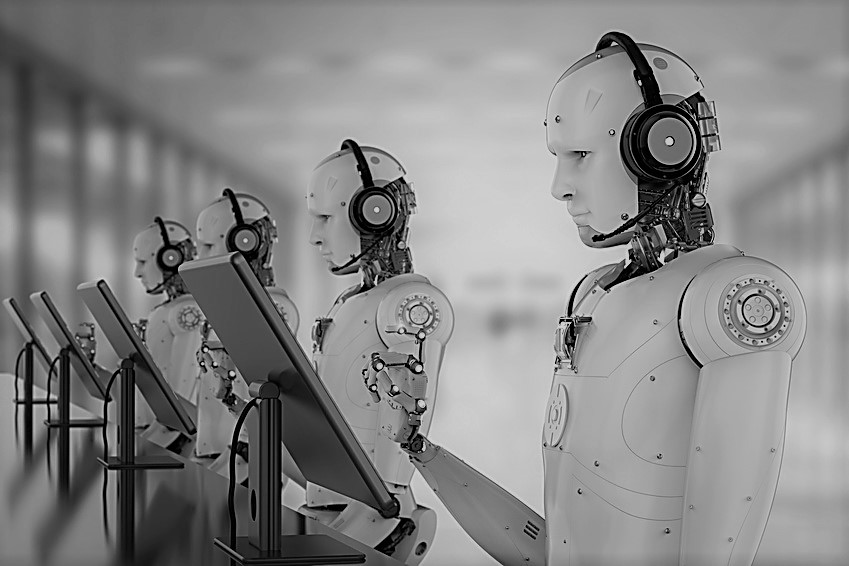 There is still not enough evidence to show the large-scale substitution of humans by machines. In the past, technological progress always had the effect of making work more efficient, leading to higher wages. (Picture: Fotolia)

Are there other reasons for favoring taxing robot capital more than other assets such as real estate, factories, software or less intelligent machines? The proponents of a robot tax would prefer to focus the fiscal burden on those robots destroying the most jobs. But that still doesn’t mean that such a tax would ultimately meet its goals.

For instance, in the 1950s, an empty metal box would hardly have been taken for a shredding device. But thanks to containerization, one person today can handle the work done previously by 15 dockers. Moreover, the drivers of change are often not a specific type of hardware, but business models based on entire technological ecosystems. Just consider the “sharing economy”: It achieves productivity gains with only modest new investments and uses existing infrastructure in a more efficient way. And how can a robot’s added value to a company’s output be determined anyway?

There is still not enough evidence to show the large-scale substitution of humans by machines. In the past, technological progress always had the effect of making work more efficient, leading to higher wages. But on the whole, the demand for labour did not decline. It is for these reasons that many countries promote technological development, rather than tax it. They use subsidies for basic research or, as planned by the Swiss government’s recent tax bill 17, fiscal incentives for research and development spending.

Since technological progress makes work more effective, there is even an argument for reducing capital taxes: taxation of investment income reduces the incentive to accumulate capital, instead of investing in new technologies, such as robotics. This bears the danger of slowing economic growth.

Strictly speaking, any form of tax on capital income should be rejected (also from the point of view of the employee) as it hampers productivity and wage growth. This is a strong case not only against high corporate income taxes, but – even more so – against the introduction of a dubious robot tax.

Home » Progress Should not Be Taxed