A A
Blog
Author(s): Urs Geiser

The 200-page booklet  by Avenir Suisse paints a stark picture of reality in Switzerland’s more than 2,300 communes and 26 cantons, culled from available figures.

Volunteering for political office at a local or regional level – often alongside fulltime jobs – has been decreasing for nearly two decades. It is estimated that two out of three communes struggle to find citizens willing to serve.

However, the difficulties of many small municipalities to find citizens willing to do public service is highlighted by two cases where unusual candidates have agreed to take office.

In Sedrun, a man who lives and works in another part of the country but owns a holiday home in the mountain village is expected to be elected mayor in March, since he is the only candidate.

And in Hüttlingen – a rural commune with just over 800 residents in eastern Switzerland – voters elected as mayor a man from Germany, only months after he had gained his Swiss passport. 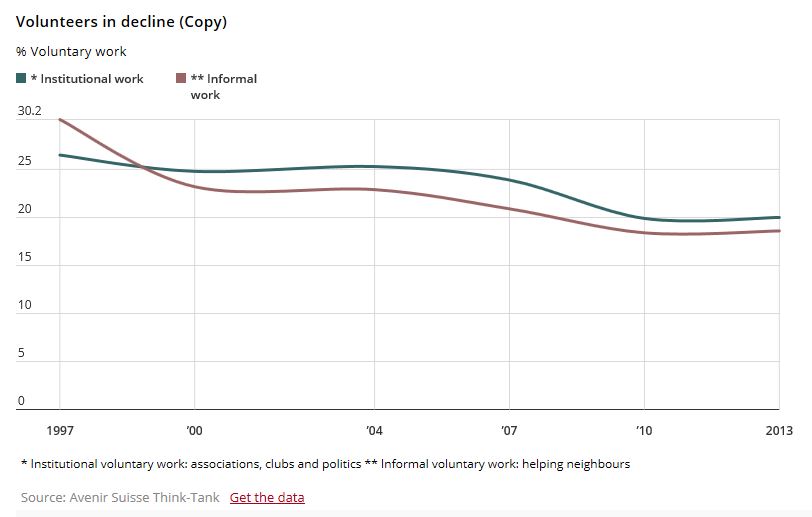 The two cases may be different but the underlying reasons are often similar.

According to Avenir Suisse, they represent a general trend in society towards more individualism, at a time of growing complexity of public service posts; tasks of local councilors, school board members, building commissions or social work as part of a church community.

People agreeing to such work must also reconcile these demands with family and job commitments.

At the same time there is an indisputable trend towards greater professionalisation of the work of  members of the Swiss parliament, as research by political scientist Sarah Bütikofer shows. 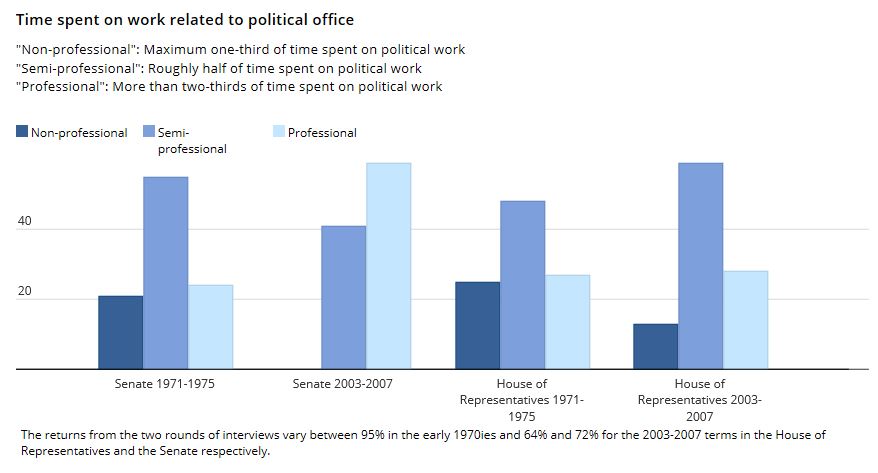 It is estimated that a total of up to 150,000 people hold office at national, cantonal and local levels in Switzerland’s three tier political system.

In communes alone, some 14,000 members of local councils spend one million hours in meetings every year trying to manage government. In most cases it is pro bono work with largely symbolic remuneration of between CHF15 (CHF16) and CHF58 per hour according to figures from 2011.

Gerhard Schwarz, think-tank director and former head of the business section of the renowned Neue Zürcher Zeitung newspaper, sings the praises of the militia system.

It is defined in the Historical Dictionary of Switzerland as a system of organising public life based on republican ideals: Every capable citizen fulfills a task or holds a public office on a voluntary basis or as a part-time occupation and to the best of his knowledge.
“It is part of Switzerland’s DNA, but unlike neutrality or direct democracy it is much less in the media spotlight,” he says. The empirical findings are alarming, he says, as it is key for the political militia system to be run by amateur politicians who are rooted in everyday life.

Relying on an increasing number of professionals would spawn a more elitist group and result in a more expensive state, funded by higher taxes from citizens and businesses.

“The militia system is like a training ground for direct democracy,” adds Andreas Müller who curated the Avenir Suisse booklet, which also includes analyses by political scientists, sociologists as well as anthropologists and philosophers.

“It can help avoid an estrangement of angry citizens from their government,” he adds.

While there is broad agreement on the findings, opinions differ sharply on how to find a cure to stop the seemingly inevitable decline of the republican ideal: Citizens willing and ready to contribute to a state beyond paying taxes and participating in votes and elections.

Can a partial reform be the remedy, or will it take a major overhaul of the system of the modern Swiss state, established in 1848? Should remuneration be reviewed or the tasks be refocused?

Avenir Suisse offers a provocative solution, recycling a well-worn idea for a reform of the militia army system.

In an effort to launch a public debate on the issue, the liberal think-tank foresees the introduction of civic duty of about 200 days for every male and female citizen alike, including immigrants with permanent residence status, from 20 up to 70 years of age.

The blueprint outlines a broad variety of options, including the possibility to serve on a local council or in a regional administration, and the introduction of financial incentives.

It makes a point to complement – not undermine – the militia army system for the common good, hoping to boost relations between citizens and their state.

This proposal appears to have limited support. No major political party on the right, left or in the centre has shown support for such civic duty. It has been roundly rejected as impractical, a contradiction in terms or perceived as a threat to the militia army.

“We succeeded in drawing attention to a real problem and we got our main message across,” he says. “The media have reported broadly and in a neutral tone about our study, political scientists are also discussing the issue in their blogs.”

But he is disappointed about an apparent unwillingness of political parties to engage in an in-depth discussion.

“Some politicians might be in a quandary, particularly ahead of the October elections. They can’t openly support a more professional parliament or deny the long-term trend.”