For decades, women have been campaigning for better rights. But a new study shows, there’s still some way to go

The Swiss are not known for political passion or social fervor. So when thousands took to the streets in mid-June and parliament paused briefly as a sign of respect, something was clearly up.

Describing the Frauenstreik literally as a “strike” is something of an exaggeration. The decision by thousands of Swiss women to down tools and demonstrate on a late Friday afternoon was hardly an epic industrial or social conflict. By Swiss standards, however, it was a vivid demonstration of the anger many women feel about gender inequality, despite all their country’s claims to be one of the world’s most advanced and enlightened societies.

Few would pretend Switzerland is a trailblazer when it comes to gender issues. Women only gained the right to vote federally in 1971. In arch conservative Appenzell Innerrhoden, it took a further 19 years for women to vote in cantonal elections. Even today, many aspects of life, notably school timetables and childcare, seem rigged to keep women at home.

Admittedly, there has been progress, notably in politics and public life. For a while recently it seemed women might even form the majority of the seven member Swiss federal government. Parliamentary representation has improved greatly, with women prominent in political positions at national, cantonal and local levels.

The corporate landscape, however, tells a different story. There are just four chief executives among Switzerland’s biggest quoted companies – just as many as there are men called Urs, according to one newspaper. Women’s representation in business has improved, but, in the top echelons especially, they remain exotic.

The Frauenstreik provides a good peg to reassess gender issues. Sensitive to the timing, a new Avenir Suisse study has taken stock. Co authors Valérie Müller and Marco Salvi examine the role of women in various areas of society – notably business, family and politics – and draw conclusions about progress and the lack of it.

The authors rightly highlight advances in politics: almost one third of members of the lower house of parliament are women. Female representation in cantonal parliaments has also improved, doubling since the early 1990s, with almost 30 percent of members now women. 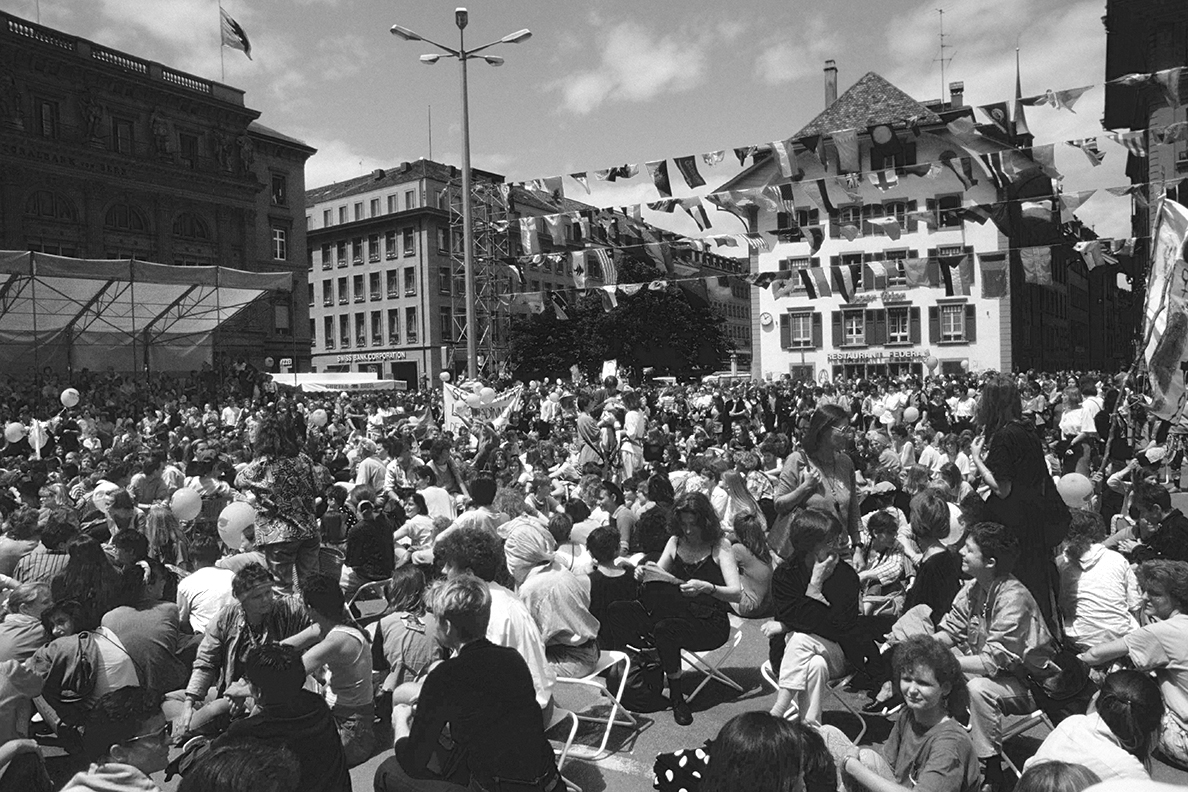 Progress in tertiary education has been even more impressive, with more than half of today’s university students are women. Müller and Salvi also note steps on the labor front, where greater part time working opportunities in particular have made life easier for many women, notably mothers, trying to combine work and home. Over the past three decades, the labor participation rate for women has risen to 81 percent from 67 percent, not far off today’s level of 88 percent for men.

There has even been progress on pay. Disparities between men and women doing the same jobs have narrowed somewhat in recent years.

Progress has been slowest in the home. Women remain the dominant factor in domestic life, although there have been some changes since the last Frauenstreik of 1991. But social norms mean many women remain tied to the hearth, even if they would prefer not to be.

What should be done

To help in transition, the authors make recommendations for greater gender equality.
First is a move from joint to separate taxation for husbands and wives. This would allow couples to take home a greater portion of a secondary worker’s earnings and eliminate the so called Heiratsstrafe – the fiscal penalty faced by married couples having their incomes and wealth taxed jointly.

Better childcare is also highly desirable, notably for toddlers and early school age children. Two hour school lunchbreaks may have some justification. But they can make it impossible for mothers to work. While more schools, especially in cities, are providing lunchtime cover, many more could follow.

While significant progress has been made, the authors conclude that Switzerland’s distinctive culture and tradition will inevitably continue to shape gender issues for years to come. They draw attention, for example, to the role still played by the Catholic Church and the difficult situation of (often unpaid) women on farms. For further change to happen, it is up to society to act.