There Is no Free Lunch when It Comes to Pensions Reform

In June, the government unveiled the cornerstones of Pensions 2020, its reform programme. Keeping state pensions at current levels, in spite of demographic changes, will require a 2% rise in value added tax – a proposal that triggered significant criticism. As to occupational pensions (a separate category in Switzerland), lowering the “conversion rate” (the complex formula used to calculate individuals’ pensions based on their contributions over the years) has prompted scant comment so far, in spite of the fact that it would add no less than 1.7% to employees’ payments, based on Avenir Suisse’s calculations. That’s about the same as a further percentage point hike in VAT and a measure that would burden employees of different ages and salary levels inequitably.

The government wants to cut the current, overgenerous, conversion rate to 6.0%. Compensating fully for the lower pensions caused would oblige contributors to pay up to 13% more over the life of their savings schemes. Someone still 40 years away from retirement (65 for men in Switzerland) could fund such an increase through higher contributions. “Pensions 2020” envisages two ways:

The first foresees an increase in occupational pension contributions, based on an employee’s age (so-called old age bonuses), to eliminate imbalances between younger and older employees. This mechanism should lessen the unfair burden on older workers (because of their higher social security payments), thereby increasing their mobility and attractiveness to the labour market. But parliament has so far consistently rejected this idea, because of its high introductory cost. (During the transition, employers would have to pay higher bonuses for younger workers and unchanged high bonuses for older ones, leading to billions of francs of extra expenditure).

In the case of “Pensions 2020”  things look different, as additional pensions contributions “must” be included. Instead of a linear increase across the age spectrum, the government’s proposal envisages reducing the current (and obsolete) staggering of old age credits. (It might even be worth investigating an additional increase in contributions from younger workers, as the latter would benefit more from compound interest on the money they’d set aside in their pension accounts over the years). 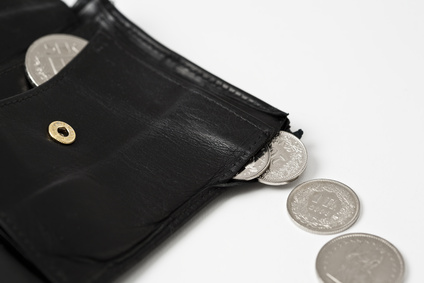 Secondly, the government proposes broadening the assessment base for salary-based contributions – a proposal that would have the benefit of better integrating part-time workers and those with more than one job – including many women – into the occupational pensions system, removing disadvantages and modernising the system.

Admittedly, the additional cover that would follow would cause a disproportionate jump in labour costs for part time workers or for those with more than one job (potentially up to double digit percentage point levels, depending on the employee’s age, salary and working hours). That could be a major handicap for those industries most reliant on part time or low paid staff.

The costs are still to be discussed

Raising pensions contributions won’t be enough to tackle drawbacks for older workers nearing retirement. For this “transitional generation”, some form of special financing will be required. The government has estimated the cost at SFr400m a year – which surprises us. Back in 2010, the same government reckoned it would cost about SFr600m a year to shift pensions burdens from younger to older employees (because of the excessively high “conversion rate”). Adjusting now for the lower conversation rate of 6% as sought, instead of 6.8%, suggests the annual cost would actually be twice as high, or SFr1.2bn. So providing such a special mechanism for the „transitional generation“ could lead to significantly higher costs, up to 0.35% of employees’ salary.

The issues are complex, in Switzerland as in other countries facing similar demographic challenges: but this much is clear. Our ageing societies mean any reform that excludes a cut in actual pensions is an expensive proposition. Raising VAT, increasing contributions and financing the “transitional generation” would significantly reduce the purchasing power of those in work. Should the Swiss people – who under direct democracy have the ultimate say – continue to reject lower pensions or a higher retirement age – problems are inevitable. After all, drinks “on the house” are a rarity – and, in social security, absolutely unthinkable.