Why Marry when Living in Sin Is Cheaper?

Switzerland is again debating how best to tax married couples

My wife and I pay tax in two countries, but file three returns. That is because Switzerland, like much of continental Europe, taxes husbands and wives as one, whereas the UK, like Sweden and Austria, treats the two partners separately.

So, while tax rates are significantly lower in the canton of Zurich than in Britain, the UK actually offers us a better deal, other things being equal. That is because taxing married couples’ incomes separately tends to mean that the lower earner pays a lower rate than would be the case in Switzerland, where aggregating couples’ incomes means they are taxed at the higher earner’s top marginal rate.

This so called Heiratsstrafe – literally ‘punishment for being married’ – has for decades exercised Swiss lawmakers – but has never been resolved. In that sense, it resembles another Swiss fiscal chestnut – the levy on property that obliges homeowners to pay income tax on the notional rental value of their properties.

For its critics, Switzerland’s tax treatment of married couples is an anomaly – a model that has not kept up with the times, as ever more families involve two working partners. Around 80 percent of Swiss wives are now fully or partially employed.

Fiscal experts denounce the Heiratsstrafe as inequitable, while economists and demographers lambast it for discouraging the lower earner in a married couple from entering the labor market (because their income will be taxed at the higher earner’s top marginal rate). Even moralists and the church have their say, claiming the current tax treatment incentivises couples to avoid matrimony and live in sin.

The demographic argument has the greatest economic merit. Switzerland’s labor market is stretched, with exceptionally low unemployment by international standards. Immigrants and daily cross border commuters from neighboring countries take up some of the slack, but both groups are political hot potatoes, especially in border regions, and the scope to attract more outsiders is limited.

So, the best way of meeting the demand for labor, as the OECD and others have long argued, is to boost the domestic labor participation rate – the proportion of Swiss residents who work. While that level has climbed over the years, there remains significant potential among the elderly of both sexes and particularly among non-working women of all ages.

Switzerland’s female labor participation rate is complex and largely cultural. This is, after all, the country that only granted women the right to vote in national elections in 1971. It took a further 20 years before the final canton enfranchized its female citizens for its polls.

Even today, many women complain that, even decades of cultural change and adjustment to more liberated practices in neighboring countries still leave Swiss wives relatively disadvantaged regarding the labor market. A school system that remains grounded on the concept of mothers staying at home is a major factor, but there are others. 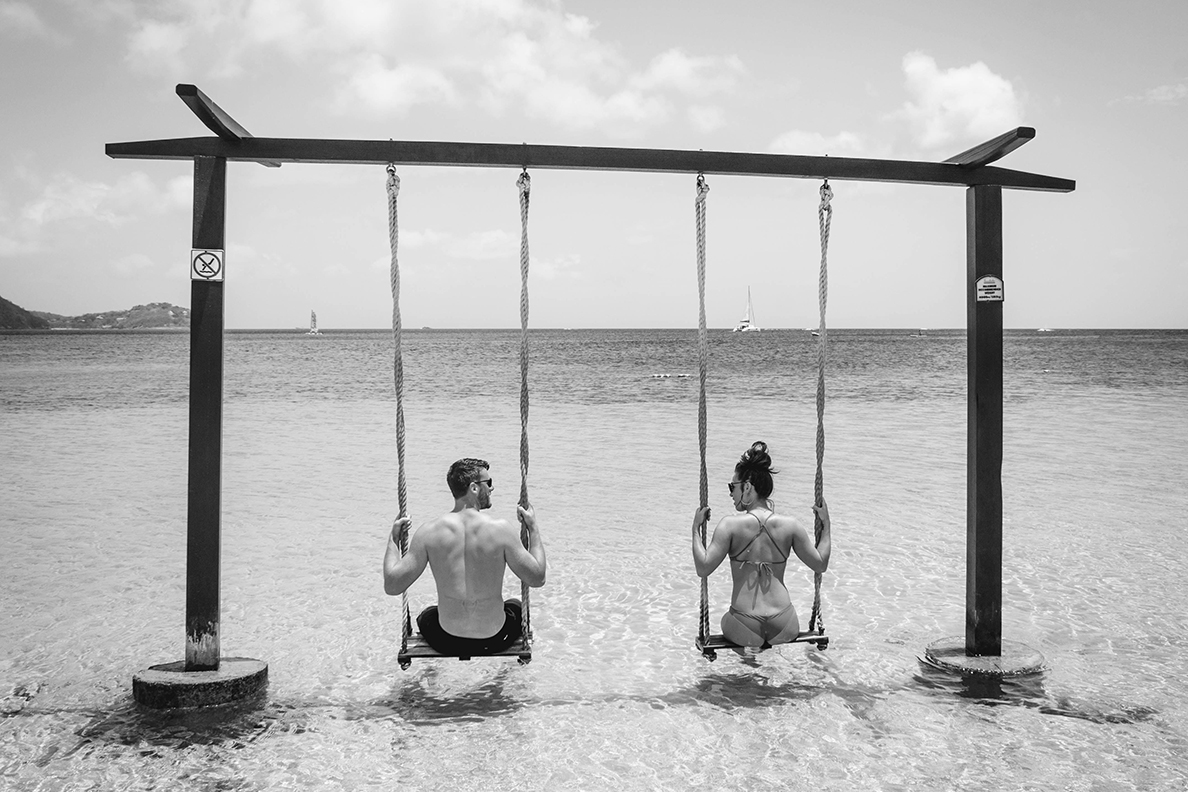 Switzerland’s tax treatment of married couples is a model that has not kept up with the times. (Jeremy Banks, Unsplash)

How timely, then, that Avenir Suisse should choose this moment for a new report on the current system and suggesting better alternatives. In “Frauenfeindliche Familienbesteuerung,” Avenir Suisse experts Valérie Müller and Marco Salvi analyze the situation and examine eight alternatives for taxing married couples and their families. Around 50 percent of the population still live in families, making the findings highly relevant.

The authors aim to discover which option has the least impact on tax revenues, while encouraging the greatest number of non-working partners to enter the labor market.  Raising tax deductions for childcare, as recently agreed by parliament, emerges as a sensible option causing a relatively limited loss of revenue. Offering greater tax allowances based on the number of children in a family, by contrast, is a relatively costly step in economic terms and would have little impact on labor participation rates.

Ultimately, moving to individual taxation for couples, whether in a pure or slightly modified form, is the best option. It would have the least impact on tax revenues and the greatest in terms of getting more people into work – all subject, of course, to there being adequate provision of affordable childcare.

Just possibly, the political pressure today is strong enough finally to reform the Heiratsstrafe once and for all. That’s fine by me – even if it means having to file four tax forms in future instead of just three.

Home » Why Marry when Living in Sin Is Cheaper?