Deglobalization Is a Big Mistake

The coronavirus pandemic has accelerated the shift towards deglobalization in Switzerland. Some social democrats are calling for relocating production back home; Christian centrists are demanding more Swiss workers in healthcare. And ultraconservatives are insisting on maintaining border controls indefinitely and abolishing the free movement of people in the European single market.

All these demands stem from the doctrine of “our country first.” Its advocates all cite globalization is the reason behind the pandemic, despite all the evidence that coronavirus is not spread by global trade.

What unites the anti-globalists is a fear of losing access to essential goods and services in emergencies. Hence their demand for state intervention. What they neglect to mention, however, is the insufficient supply of masks and disinfectant early in the pandemic arose from poor management by the state rather than global market forces. That is precisely why the same state should not assume even greater controls over the economy now.

Anyone who favors decoupling the domestic economy from global value chains ignores the prosperity generated by the global division of labor in recent decades – especially here in Switzerland. The country – the “worldwide globalization champion” – now enjoys a foreign trade quota of 96 percent – 15 percent up on 2002. This increase in prosperity has generated almost 150 percent more federal tax revenues for legal entities in 17 years. Around two million employees now benefit directly from access to foreign markets. And, thanks to the worldwide division of labor and specialization, poverty has decreased significantly worldwide. 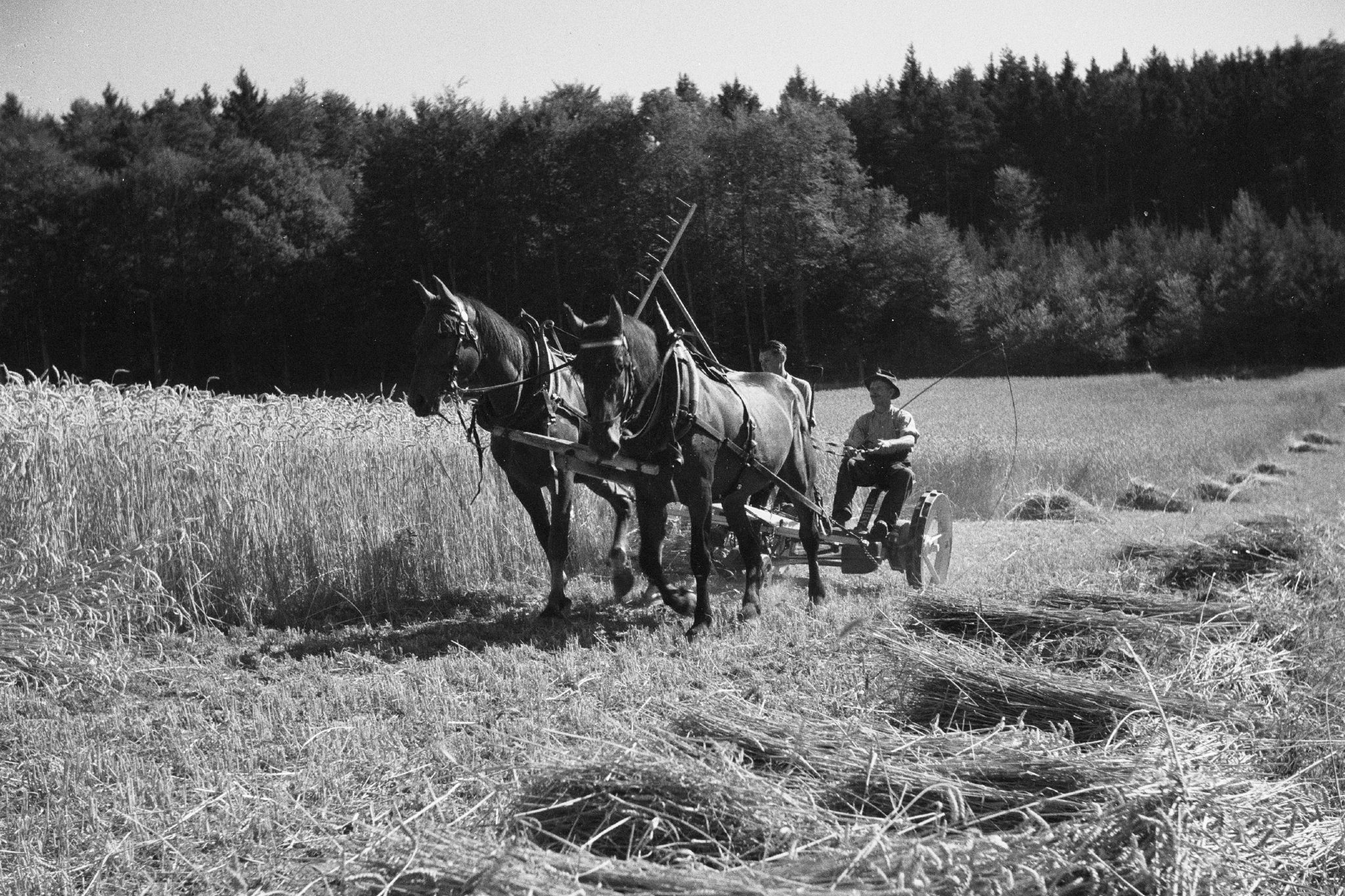 The myth of self-sufficiency: Harvest at Zurich-Kloten Airport during the “cultivation battle” in the Second World War. (ETH Library Zurich, Picture Archive)

Despite the gloomy prophecies, no permanent shortages have as yet arisen in Switzerland. However, advocates of the greatest possible autarchy ignore the fact that security of supply is not the same as self-sufficiency. Security of supply is best guaranteed by broadly diversifying one’s sources of supply. Well-functioning supply chains offer better protection against bottlenecks than isolationism and protectionism. The signing of further free trade agreements is, therefore, a matter of urgency – though this is firmly rejected by anti-globalists. What they do not realize is that diversifying import and export markets strengthens companies’ resilience, and thus that of the economy as a whole – including health care. The most globalized countries are also the ones spending most on health per capita, adjusted for purchasing power. So the call for repatriating production is a dead end in terms of economic as well as healthcare policies.

Home » Deglobalization Is a Big Mistake