What does the rest of the world think of the Swiss? The more people know about Switzerland, the higher regard they have for it. By almost any measure of human accomplishment, and particularly in creating the most successful country governance model, the Swiss are clearly number one in the world. Switzerland is a small, land-locked, nation without much in the way of natural resources which has managed to stay out of wars for two centuries and developed a long-term multilingual and multi-religious democracy without strife. There is rule of law with competent and unbiased judges and strong protections for private property.

Among the countries of the world according to various indices, Switzerland ranks:

Switzerland also ranks higher than average among the OECD (the 35 most developed economies in the world) countries in levels of education, student test scores, and has lower levels of air and water pollution. Civil liberties are strongly protected, including freedom of speech, religion, press, assembly and even the right to own guns. It does not get much better than this.

The Swiss have also avoided creating the “cult of personality” around their elected leadership. The elected rulers of Switzerland are not well known by their own countrymen and are almost invisible to the rest of the world. Leaders who are given too much power and visibility all too often succumb to arrogance and a belief they are almost omnipotent, which leads them to make disastrous mistakes. Perhaps the reason the Swiss have made fewer economic and foreign policy blunders than other countries is, in part, because they do not have the all-powerful leader who can push through bad policies. 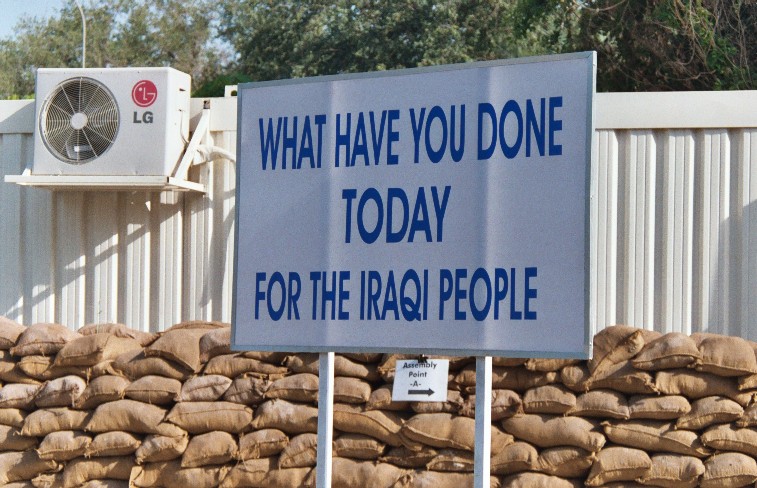 Iraq might have, at least temporarily, lost the opportunity to follow the Swiss model that could have led to peaceful co-existence among the rival groups and much greater prosperity for all. (Picture: Wikimedia Commons)

Many view the Swiss system of direct democracy as cumbersome, but as a Swiss friend once told me: “It is not that we Swiss are smarter than others, but given our system, by the time we get around to making a major change, other countries have already proved it to be a bad idea.”

The world is an envious place (envy being one of the seven deadly sins), and hence, there is much Swiss bashing by the jealous and the ignorant. Having been an advisor to senior officials in several different governments over the past few decades, I often encouraged them to look at Switzerland as a model that works. The Swiss system is particularly relevant for countries with rival religious and ethnic groups, but, alas, too few other countries have adopted it. Back in July 2003, when there was considerable debate about what kind of governance structure Iraq should have, I wrote an article published in the Washington Times that argued for the Swiss model.

“The Swiss achieved peace and prosperity by allowing each ethnic and religious group to be largely self-governing in their local areas. The same system could work in Iraq. For instance, the Kurds have been largely and successfully self-governing in their local area for the past dozen years under Western protection. They are unlikely to want to be tightly controlled from a strong central state based in Baghdad. Using the Swiss model, there would be no need for them to give up substantial local control. Other subgroups in Iraq are likely to find the Swiss model the least objectionable, given the alternatives.”

Given what has happened in Iraq, I think about the, at least temporarily, lost opportunity to follow the Swiss model – and how it could have led to peaceful co-existence among the rival groups and much greater prosperity for all. This leads me to my one real criticism of the Swiss. They have successfully exported watches, chocolates, pharmaceuticals, precision machinery, and many other great products, but they have failed to export their governance model to the rest of the world – which should have been their most important export.

In part, this happened because the Swiss are modest which, to a point, is a virtue. But their failure to sell – or even explain – the Swiss model to the rest of the world has caused the Swiss many problems. Few understand the Swiss financial system and the great benefits to the world of its centuries’ old private banking system. As a result, the Swiss are often portrayed as greedy bad guys in the global press, rather than the good guys who both protect and allocate global capital to its highest and best use. So I urge my Swiss friends to be more aggressive and devote far more resources to selling the Swiss model, because it is not only in your self interest, but in the interest of a more peaceful and prosperous world.