The German language lends itself particularly well to abstraction, not least in politics. Berlin’s Social Democrats not long ago jawed about ‘Gerechtigkeit’ (justice) and, especially, the notional lack of it (‘Gerechtigkeitslücke’) – an untranslatable term implying an absence of social justice in society.

Switzerland‘s own buzzword is ‘Flankierende Massnahmen’ (literally, flanking measures). These refer to the elaborate methods devised to sugar the pill of painful concessions to the European Union to assure guaranteed access to the single access.

Most striking have been the steps negotiated 14 years ago as a palliative to Switzerland for accepting the EU’s rules on the free movement of people. With its comparatively high wages (essential to compensate for stratospheric living costs) Switzerland’s government, and its trade unions especially, feared freer movement would trigger wage dumping. Ever since, the theme of EU citizens undercurrenting Swiss pay levels has been a staple for unions and the tabloids alike.

The ‘measures’ involve regular spot checks in the sectors like construction  and private security, particularly porous for short term foreign workers, to ensure workplace conformity. And they include exotic touches such as the notorious 8 day rule governing the deployment of EU staff in special circumstances. 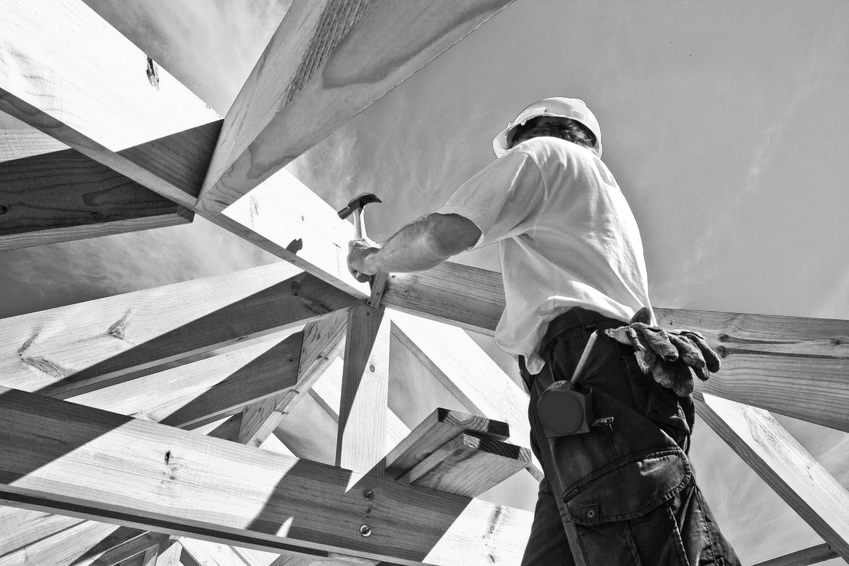 The ‘Flankierende Massnahmen’ require employers to give eight days’ notice if EU nationals from outside Switzerland are to be deployed for a job locally. (Fotolia)

The latter requires employers to give eight days’ notice if EU nationals from outside Switzerland are to be deployed for a job locally. It means a customer in, say, eastern Switzerland with a broken copier or boiler has to wait for a Switzerland-based engineer, when an Austrian (or French or German, depending on location) counterpart could just hop over the border much more quickly to get the job done. Requiring official notification at least eight days in advance is very old-fashioned in today’s era of smartphones and instant accessibility.

Rather than being relaxed to reflect technological and other change, the measures have in fact been tightened more than half a dozen times over the years, notes Avenir Suisse director Peter Grünenfelder. The mechanism – and the fearsome bureaucracy behind it – has become part of everyday life, he points out.

But now, the EU has decided to call time on such an errant distortion of the free market, as part of its drive to simplify relations with Switzerland. Brussels claims the rule is discriminatory and must go.

Swiss Social Democrats, and especially the unions, are up in arms.

“Adjustments are necessary to put relations with our European neighbors on a more sound and viable footing for the future and to ensure market access for our exporters”, wrote Grünenfelder in a recent newspaper article. He reminded readers Switzerland exchanges SFr 1bn a day of goods and services with the EU, with about half Swiss total exports heading for EU members and accounting for more than 750,000 jobs.

“These trade unionists refusing to enter into discussion owe us an answer about whether they are deliberately or negligently putting these jobs at risk.”

Numerous studies have shown the measures have been largely unnecessary and, if anything, have been counterproductive for the Swiss jobs market. In some cases, they have stifled competition and helped primarily only “insiders” – i.e. those already in work.

“Fears of downward pressure on wages have remained largely unjustified. If anything, the measures have created barriers for the lower qualified, older people and refugees. Cutting back the measures would benefit a liberal labor market and all those who want to enter the market for the first time”, noted Avenir Suisse expert Tobias Schlegel in a special report last year.

“The flexible labor market is one of Switzerland’s trumps for inward investors and a keystone of our prosperity. Liberalization in favor of the lower qualified is an investment for the future. It helps career changers and new starters to enter the labor market, likewise the older unemployed, and refugees, and prevents future long term unemployment.”

Hiring people in Switzerland would remain attractive, even without the measures, and would combat trends like outsourcing and automatization that are inevitable amid high domestic wages, the study continued.

Not least, the free movement of workers encourages highly qualified foreigners to move to Switzerland, filling gaps that could not be met locally. Loosening the corset of unnecessary ‘flanking measures’ too is a small price to pay for an attractive labor market.