The European Court of Human Rights has criticized the unequal treatment of widowers and widows in the AHV/AVS. However, it has not determined how Switzerland is to remedy this discrimination. Future gender-neutral surviving partners’ benefits will have to better reflect today’s family organization and work patterns, as well as social developments over the next 50 years.

In the event of death, men are not on an equal footing with women under the AHV/AVS system. Widowers receive a pension only as long as they have children under the age of majority, whereas women receive a pension for life. Even women without children benefit from a widow’s pension, provided they have reached the age of 45 and have been married for at least five years. Childless widowers, on the other hand, are left empty-handed (Art. 24 AHVG).

This unequal treatment has been known for a long time and has often been addressed in parliament. However, the issue became more topical when on October 11, 2022, the European Court of Human Rights (ECHR) in Strasbourg found this unequal treatment to be a violation of the prohibition of discrimination (Causa 78630/12 Beeler v. Switzerland).

In its judgment, the ECHR awarded the plaintiff Swiss widower 5,000 euros in satisfaction and reimbursement of legal costs. The ECHR advises the plaintiff to apply to the Federal Supreme Court of Switzerland for an appeal of his dismissed claim. No more, no less.

The ECHR did not award the plaintiff a claim to a widow’s or widower’s benefit. In its ruling, the ECHR also does not prescribe to Switzerland how it should remedy the unequal treatment in the AHV/AVS. This is also right and proper. Our country does not have a federal constitutional court. This means that the Federal Supreme Court interprets Swiss law, but it cannot declare laws invalid or adapt them if they contradict the Federal Constitution. Even less does an international body such as the ECHR have this competence.

In terms of legal and social policy, the ECHR decision must be understood as a call to adapt Switzerland’s AHV/AVS law so that there is no longer unequal treatment between widows and widowers. How the new and ECHR-compliant regulation is designed in Switzerland can and must be decided by the Swiss legislator. Let’s try a first analysis:

From a sociopolitical perspective, equal treatment for widowers’ and widowers’ benefits in the AHV/AVS could be achieved in three ways:

The first option would mean a significant increase in survivors’ benefits. Widows’ and widowers’ benefits already amount to about CHF 1.8 billion per year. However, owing to unequal treatment under the law, 98 percent of this is paid to women. Granting the same benefits to men and women would cost hundreds of millions of francs in the longer term. 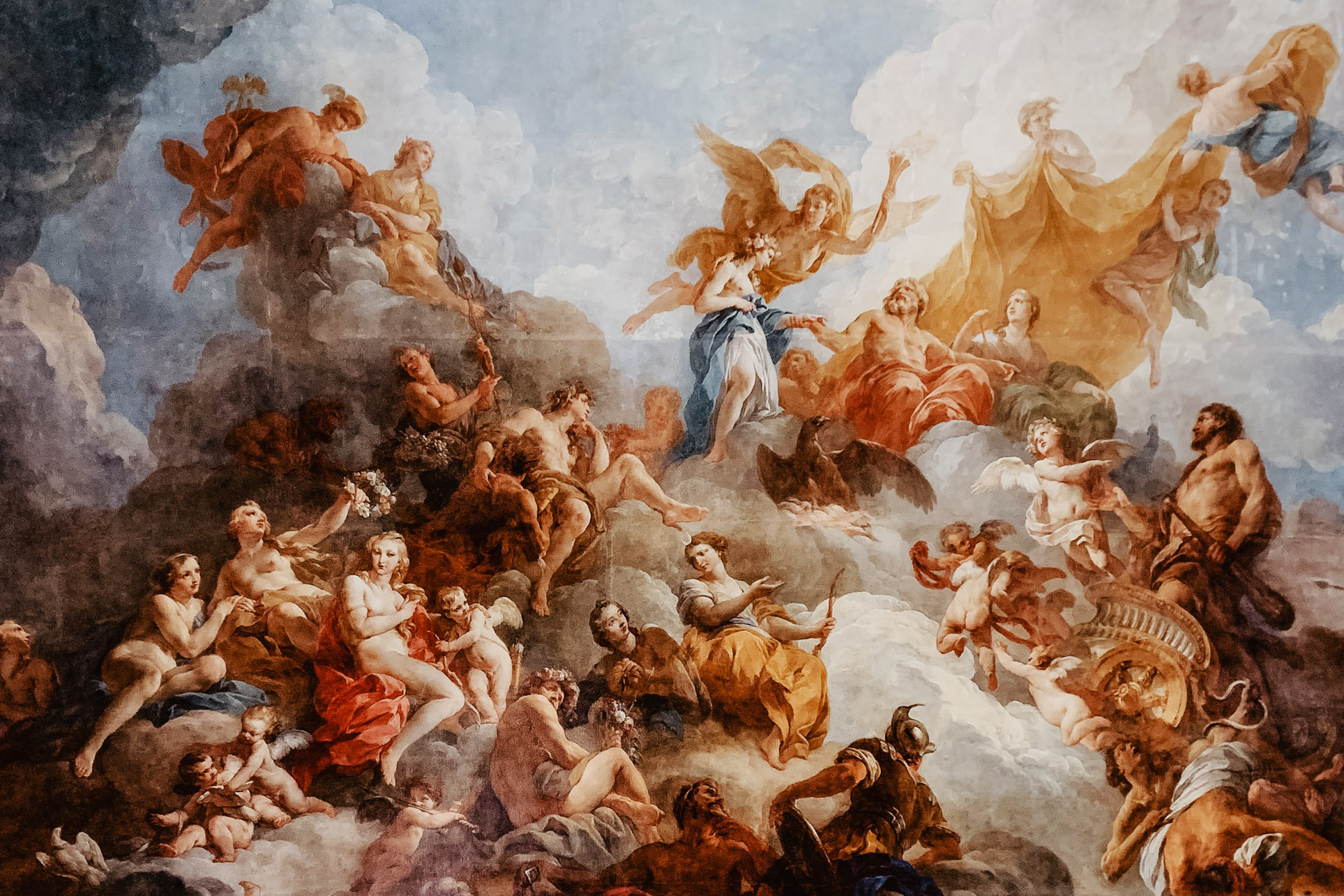 Even after the death of their life partner, men and women should be equal. Painting in the chapel of Versailles. (Adrianna Geo, Unsplash)

The second option would be the most obvious. Of course, widowers’ and widows’ benefits are needed as long as orphans are in education. After death, the surviving spouse must provide for the children both financially and organizationally. Where once four shoulders bore the time and financial burden, now there are only two. At the latest, however, when the children have completed their education, the widower or widow can again devote themself fully to gainful employment. A pension after the youngest child has finished its education can hardly be justified.

A widower’s and widow’s pension of the future

A third option would provide an opportunity to adapt survivors’ benefits to the realities of the way families are organized and the way people work in the 21st century: Widows’ pensions for childless women would have to be dispensed with altogether. It is hard to see why a wife who has no family obligation should be supported by the general public in the event of her husband’s death. This idea of “marriage as a provision” for childless women dates back to the introduction of the AHV/AVS in 1948 and corresponds to an outdated patriarchal worldview. In recent years, Swiss courts have increasingly questioned such family models in connection with postmarital maintenance obligations in divorce cases.

Some of the money saved in the case of childless couples could be used to finance more flexible widowers’ and widowers’ benefits until the end of the children’s studies (e.g., until age 25) rather than until they reach the age of majority – regardless of whether it is the husband or wife who dies.

Benefits could be higher for households with young children, because they need closer care, making it more difficult to balance family and work. Benefits could be reduced as the age of the children increases because the widower or widow could pursue more work.

Such a sliding scale is applied, for example, when alimony is awarded after a divorce. According to a 2018 Federal Supreme Court ruling, the main caregiving parent must in principle work 50 percent from the youngest child’s compulsory enrollment in school, 80 percent from the child’s entry into secondary school, and full time as soon as the child turns 16 year. It is the stages of life, not the age of the children, that are decisive here. A widower and widow solution based on the practice for divorced couples would be logical.

Get rid of the mothballs

The ECHR decision has made the need for action on the treatment of widowers and widows in the AHV/AVS clearer than ever. The process of thrashing out the terms of the new regulation will trigger a public and probably emotional debate. Accordingly, such groundbreaking decisions should be made in the course of the regular parliamentary process.

It is particularly important not to simply adopt the old regulations for widows’ pensions as a benchmark for widowers. These date from a time when only men had the right to vote, and the role model of the man as breadwinner and the woman taking care of the home prevailed. We must bid farewell to this worldview. Instead, it is important to better reflect today’s realities in family organization and the labor market and to define a widower’s and widow’s pension – independent of gender – that will also do justice to the social developments of the next 50 years.