The Green Wave extending across European politics has finally made itself felt in Switzerland. October’s federal elections saw a surge in support for the left of center Greens and the Green Liberals, at the expense of more established political parties.

To some extent, the result was no more than a reversal of the pendulum to the center left after its rightwards swing in the previous 2015 polls. But the constitution of Switzerland’s new parliament, with a big crop of environmentally minded representatives and distinctly more left leaning tilt, marks a major political shift. Await the likely consequences notably for climate change but possibly trade and farming policies too.

How timely, then, that Avenir Suisse should produce a new study of the biggest challenges facing Switzerland. “What If …” calls on a range of experts to consider various entirely conceivable scenarios, such as significantly longer lifespans, or much tougher environmental regulations, and their consequences.

Highlighting 13 issues in 3 key areas, the report is intended to stimulate debate and ward off the traditional danger of Swiss politicians failing to react in time and only responding under pressure. The authors also aim to concentrate discussion on developments like fast accelerating digitization and demographic change that have profound implications for health and education policy – to name but two – that could easily alter the fabric of Swiss society.

But the study is also an appeal for a sense of proportion and a warning against ill thought out or intemperate action, for example on housing, social or climate change policy. “The new parliament will require a great deal of self-discipline to respond intelligently to current radical changes, free of ideological blinkers”, the authors note. 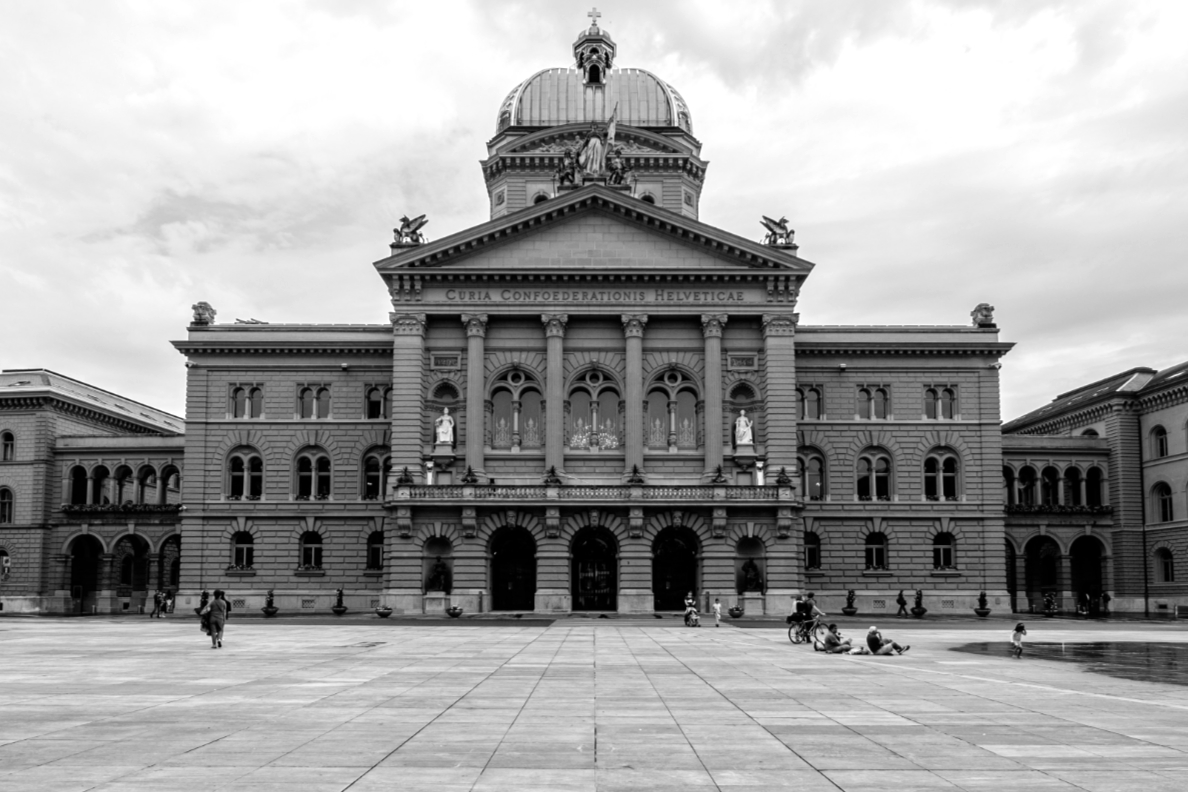 The new Swiss parliament will need plenty of self-discipline if it’s to shed its ideological blinkers and find intelligent responses to the upheaval currently taking place. (Jonas Zürcher, Unsplash)

First is avoiding any actions compromising Switzerland’s appeal as an investment location. As a small, resource poor country that is highly dependent on foreign trade, Switzerland needs to retain all its attractions – a challenge particularly importance in an era of increasing harmonization of international tax rules.

Next comes ensuring access to foreign markets – crucial to major Swiss exporting industries such as pharmaceuticals, chemicals and machine tools. That priority is all the greater at a time when traditional multilateral institutions, notably the World Trade Organization, are being circumvented by bilateral deals between leading trading nations, Switzerland’s new parliament, Grünenfelder argues, needs to strike more free trade agreements of its own and above all ensure harmonious relations with the European Union – by far the country’s paramount trading partner.

Avoiding so called generational conflict – caused by the impact of longer lifespans on already stretched state and occupational pension systems, is the third priority. Remedial measures here could include greater flexibility regarding the retirement age. Finally, the author calls for steps to improve Switzerland’s competitiveness and capacity to innovate. That involves not just investing in science and technology, but further liberalizing both Switzerland’s already comparatively flexible labor laws and freeing public companies from excessive state intervention.

“If parliament tackles these four tasks with real determination, then commentators (at the next federal elections) in 2023 will no longer be writing about a ‘lost legislature’”, Grünenfelder concludes.

Wise words. Now all that’s left is for Switzerland’s new crop of greener politicians to take them up.