A new Avernir Suisse study highlights the potential dangers of a Swiss ‘go it alone’ strategy on climate change.

Climate change is in the news. World leaders have been queuing at the United Nations to pledge new commitments to combat global warming; youth activist Greta Thunberg has reminded them passionately that their promises aren’t nearly enough; while environmentalist parties have been on the rise in many developed countries.

Switzerland is no stranger to the trend. National carrier Swiss has fretted about potential ‘climate levies’ on air travel. Polls suggest both the Greens and the Green Liberals could make ground at the federal elections on October 20. Is ‘climate fervor’ overtaking the normally pragmatic Swiss?

That is the nightmare scenario set out by Avenir Swiss experts Patrick Dümmler and Samuel Rutz in a short but punchy paper. The authors portray a not entirely fanciful future of a climate obsessed country determined to do everything possible domestically to meet – and exceed – international climate change pledges.

The document is, of course, a spoof – though it reads worryingly true at times, with harrowing forecasts of swinging taxes on fuel and foods, import controls, subsidies for cleantech companies, and even state imposed family planning.

Funny if it weren’t so serous

But the fundamental message is deadly serious: current talk about Switzerland imposing ever tougher environmental rules to reduce greenhouse gases may be worthy, but has to be seen in the broadest international context. 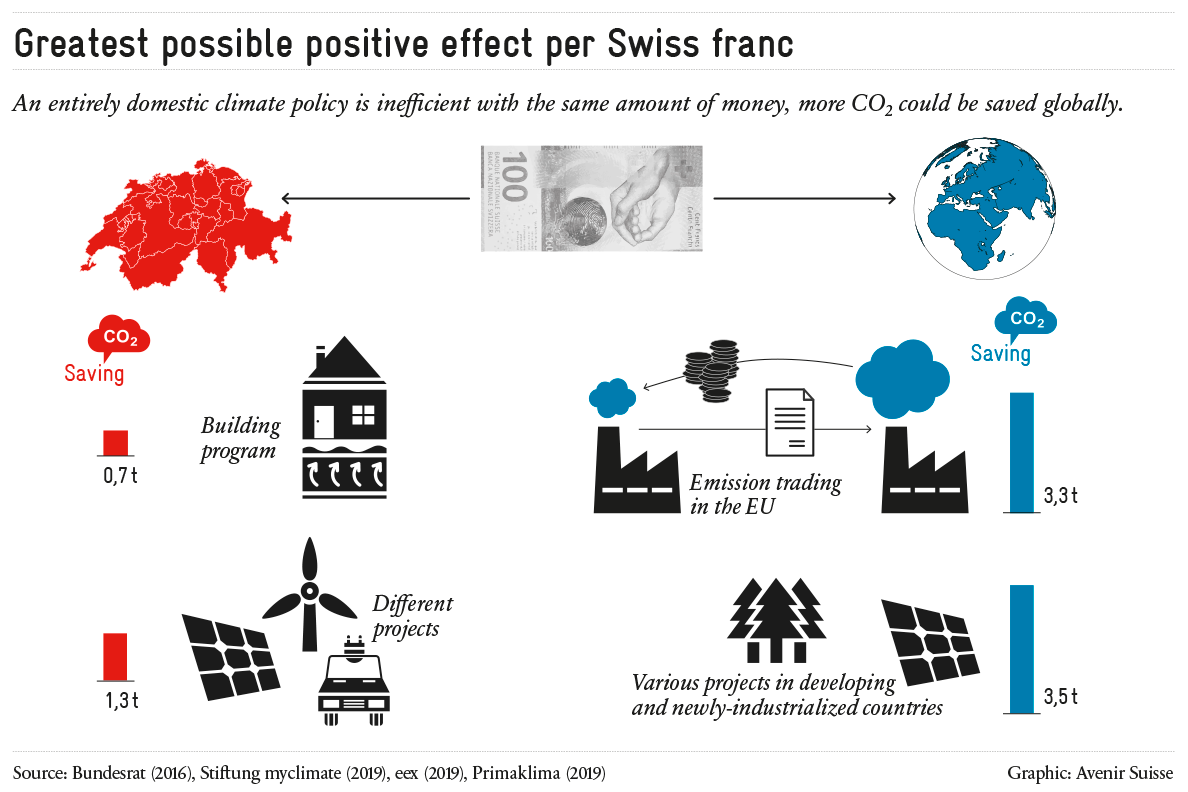 Given its small size, any Swiss efforts are, of course, virtually negligible in the context of the global challenge. But the authors are at pains to show the current penchant among most Swiss political parties for climbing onto the environmental bandwagon could have dangerous consequences – at least if any measures are imposed purely domestically.

The surge in support for environmental action is understandable: the latest news from the UN’s independent panel of climate change experts points to sea levels rising faster than expected; virtually every new summer brings record temperatures; and truly extreme weather events seem inexorably on the rise. Add to that developments like the so called ‘Dieselgate’ scandal – suggesting industry’s commitment to tackle climate change may be more limited than suggested – and soaring public concern is understandable.

Hard to kick the habit

But Dümmler and Rutz are determined to highlight that Swiss domestic activism may be very damaging. Subsidies, for example, for sectors such as farming or clean technology are already in place. But once established, such support becomes very difficult to eradicate, they note.

So while efforts to reduce Swiss CO2 and other greenhouse gas emissions can be worthwhile, they must be considered in the context of spending similar amounts to fund cuts abroad. Switzerland already ranks highly for its efforts on emissions, with impressive measures to encourage energy efficiency in both homes and businesses that have already reduced emissions significantly.

Rather than spending millions to cut greenhouse gases further, Swiss money could be better invested in places where much less progress has been made, and where, the same outlay would have a much bigger impact.

“The avoidance of CO2 emissions should be sought primarily where that can be done at the lowest possible cost”, say the authors. “A purely domestic climate policy is in this sense plain inefficient, because one could, with the same means, save greater quantities of damaging climate gases globally.”

Dümmler and Rutz also highlight the need to invest in policies to help adjust to warmer temperatures and other inevitable climate changes. That will require encouraging innovation, not stifling it through well intentioned, but ill advised, policies cutting productivity and growth.