Swiss voters once again face a choice on curbing immigration

Swiss voters are in for a busy September. The month will bring plebiscites postponed because of Covid-19 alongside an already copious crop. Amid decisions on child allowances, hunting and paternity leave, to name but three, comes a renewed vote on that evergreen: immigration.

Voters have heard it all before. In 2014, the Swiss narrowly approved an attempt by the nationalconservative Swiss People’s Party (SVP) to curb the flow of foreigners into the country by re-establishing the quota system that applied before Switzerland signed a series of landmark deals with the European Union, known commonly as the bilaterals.

Opponents warned acceptance could upend Switzerland’s delicate relationship with Brussels: Bern’s elaborate web of treaties allowing access to the single market depends on reciprocal acceptance of certain EU core principles – most controversially for many Swiss the free movement of people.

That is a bugbear for both parts of the left and for nationalconservatives. The latter argue untrammelled immigration threatens national identity and has caused overcrowding in a small alpine country that has already seen its population swell markedly in recent years. Many leading leftist trade unionists, meanwhile, claim unrestricted access for EU workers to the lucrative Swiss labor market promotes wage dumping.

In 2017, Swiss politicians, and to the chagrin of the SVP, squared the circle of the 2014 vote (which they had three years to act on) with pragmatic changes to the law, thereby theoretically respecting the will of the people without overly upsetting Brussels.

Fury with that approach lay behind the SVP’s latest attempt to toughen the immigration rules. The arguments have barely changed: opponents of free movement claim it has stretched the social security system and raised costs, boosted crime and not even provided the claimed economic benefits. Supporters – including the government, economic federations and most members of parliament – point to higher prosperity, lower unemployment and better funded social security and pensions systems as benefits. For good measure, they add combatting the country’s serious skilled labor shortage and providing a greater popular sense of security. 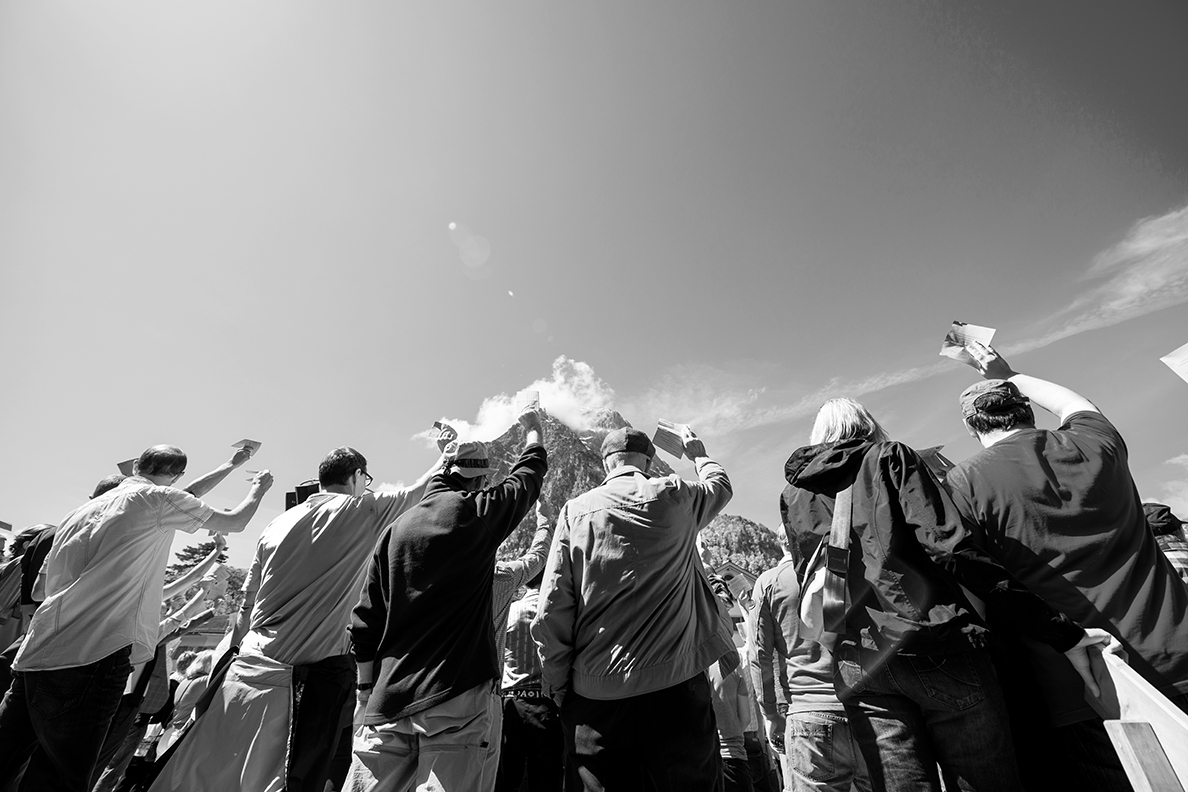 Swiss supporters of free movement note the risks of antagonizing Brussels – with which relations are already strained because of Bern’s perceived reluctance to accept a broader long-term legal arrangement with the EU. A so called “guillotine clause” in the bilaterals means abrogating free movement would put all Switzerland’s deals with the EU in peril. As Avenir Suisse director Peter Grünenfelder set out succinctly in a recent column in the Handelszeitung business newspaper, Switzerland is walking a tightrope.

This year, a new element has entered the calculations – coronavirus. As an export dependent economy with only a small home market, Swiss industry has been hit hard by the global pandemic. Some sectors, such as machine tools and watch making, are reeling.

Unemployment, as elsewhere, is up, and GDP has tanked. Short term government job subsidies, and a widely admired corporate credit scheme, have mitigated the impact. But longer-term questions, such as how many workers will return to full time employment after the termination of subsidies, and the duration of any recession, remain imponderables.

But what makes the latest attempt to cut immigration particularly ironic – apart from the repetition – is how keenly it cuts across Switzerland’s tradition of free movement.

In Personenfreizuegigkeit (free movement of people), a new Avenir Suisse paper on migration edited by Grünenfelder and Senior Fellow Patrick Dümmler, the authors highlight the country’s tradition of population flows.

From the Swiss confectioners of 18th century Venice to the legions of mercenaries hired to the highest bidders, the country has been characterized by exchanges of people. In more recent years, the flows have tended to be in the opposite direction. Since 1945, hundreds of thousands of Italian guest workers have moved to Switzerland, followed, since the turn of the current century, by highly sought skilled workers and professionals from Germany and other EU countries. Meanwhile, the new rules on free movement have meant countless Swiss citizens now live and work in EU member states.

All have benefited Switzerland’s society, enriched its culture and boosted its skills and prosperity. Opinion polls suggest September’s proposed curbs will be roundly rejected. Some lessons, it seems, have been learned from 2014.