One of the most popular articles I wrote as an occasional columnist for a leading Swiss German Sunday newspaper concerned the ubiquity of postboxes. Seen through foreign eyes, Switzerland had more than anywhere else, including some atop touristic mountain peaks. The statistics bear this out.

Almost the same can be said of post offices, staffed railway stations or hospitals. Switzerland’s constitutional abhorrence of centralization and its commitment to local representation has created the framework for a plethora of public services. How many other countries of just 8 million people boast regular domestic TV and radio broadcasting services in four national languages?

The rich patchwork is a reflection not just of extreme federalism, but immense prosperity. For such lavish public services come at hefty cost. Expense apart, they are also controversial, because of potentially stifling competition and institutional inertia – notably in failing to react fast or thoroughly enough to breakneck digital transformation.

For most outsides, the quality and extent of Swiss public services are something to be cherished, almost irrespective of their cost. But, domestically above all, debate often is missing on what level of service is suitable – and affordable in the long term.

Healthcare is just one instance. Switzerland has the world’s second most expensive system – and an increasingly burdensome old age care needs. Whether the system should be rationalized, and how to secure long term financing, are hot topics. Likewise, how much to spend on public broadcasting – the subject of a heated people’s initiative recently. Discussion about the size and scope of the public sector is additionally agitated by periodic scandals, such as last year’s revelations about financial irregularities at Postauto, a subsidiary for bus services, or the unreliable high-tech trains on Swiss railways’ flagship route.

Generally, debate occurs at a fairly superficial level, and concludes with Switzerland being compared – favorably – with its neighbors, whatever its flaws. But it can also be instructive to examine a sector in real detail – as does Avenir Suisse’s competition economist Samuel Rutz in a new survey of the Swiss postal service.

Few were surprised in early March when Swiss Post revealed its earnings for 2018 had fallen. Postal services across Europe are suffering from decreasing demand for traditional letter post and rising competition through deregulation. Swiss Post is particularly constrained by tough rules, many stretching back decades to a wholly different business environment. 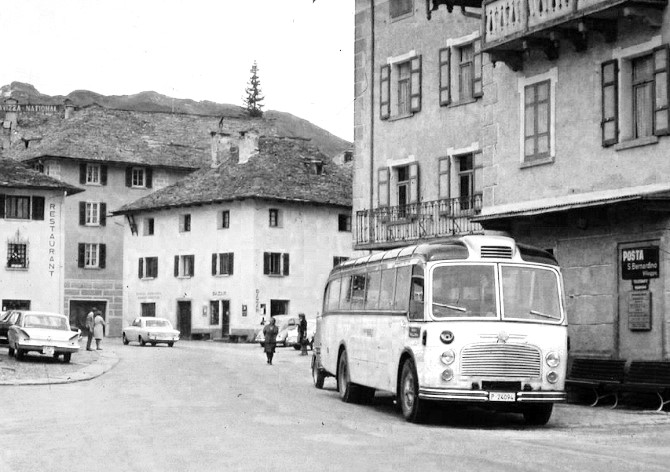 No one denies a universal postal system is pricey. That is largely why services are being reduced across the board in Europe. But the Swiss argument is more complex than most, as Swiss Post includes PostFinance, a financial subsidiary competing against both private sector, co-operative and cantonal public banks. Switzerland even maintains the world’s only postal service still operating a bus company. Charmingly folkloric as the bright yellow Postauto busses may be, its ownership by the national postal service is moot at best.

Rutz argues it is time to ‘streamline, unbundle and privatize’ the group. The traditional public postal services needs to be redefined, and comprehensive reforms introduced in the other businesses, he contends.

In particular, that means critically re-examining the traditional postal business to ascertain what level of provision is still needed in the digital world and how services should be financed. Answers could include reducing the scope of basic services and tendering them out on a technology-neutral basis, and eliminating the remaining monopoly on letters weighing less than 50 grams.

PostFinance, meanwhile, should be completely privatized and deregulated to offer products, such as loans and mortgages, now taboo. And its anachronistic historical mandate to provide basic payment services should be abolished.  Postauto, finally, which does not have a basic service mandate, should be privatized and sold.

The longer that overdue reforms are postponed, argues Rutz, the greater the risk of taxpayers ending up having to foot the bill. Although focused on Switzerland, and just one public sector service, his message is applicable to other monopolies too, and in far more than one country.