The Swiss Love for Small Things

A A
Blog
Author(s): Alberto Mingardi

Professor Jonathan Steinberg, in his article hosted by the Avenir Suisse website, has argued that “no other state, and certainly not the European Union, can imitate the Swiss model”. As an Italian, I find his thesis rather appealing—though it implies a saddening thought.

Consumers in a market economy can make a mistake. But the beauty of a market economy is they can correct such lapses by penalising the sellers who left them dissatisfied. All of us have experience of a pizzeria serving soggy French fries that we never visited a second time. Nowadays, not only the consumer keeps his or her distance from commercial enterprises found unworthy; they mark them down on social networks. People interested in fine dining and good wines read special guides and use social Apps on their iPhones. Those who long for a romantic week end with their loved one study dozens of hotel reviews to find the location best suited to their needs and budgets.

The market process is thus, for the consumer, by and large a learning process. Some idealise democracy by assuming voters can likewise gather experience, expand their knowledge and thus make sounder judgments in a learning-by-doing kind of experiment.

Swiss direct democracy can be offered as evidence of such reasoning. Unfortunately, however, neighbouring nations seem not to be so quick and effective in learning. As an Italian, and one raised on Lake Como, I find it rather depressing that, while my fellow Lombards tend to appreciate and respect Swiss institutions, they seem unable to learn any lessons from them. 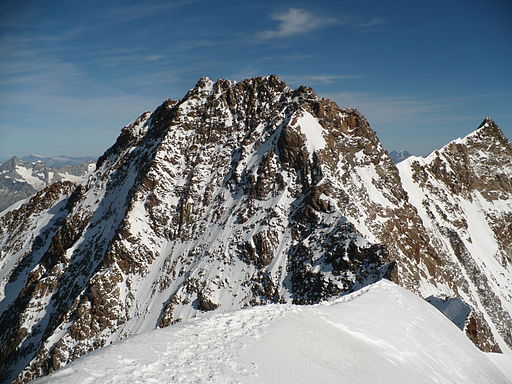 It’s not only high mountains like the Dufourspitze that divide Switzerland from Italy, but also a differing political mentality. (Picture: Wikimedia Commons)

Northern Italians clearly perceive the Swiss to be freer, richer and living in a more tranquil institutional setting. I suppose they do not regard the Swiss as genetically or anthropologically much different from themselves. And yet—at least as far as their democratic mechanisms are concerned—Lombards have not been particularly keen to push through reforms and changes that could close the gap with Switzerland.

I know many will consider the Helvetic Confederation an example of how democracy can work. But there is another side to this coin. Neighbours are in the best place to learn from each other. In real life they do just that: one person buys a satellite television because the couple next door extol the cornucopia of TV channels available; another borrows her neighbour’s delicious recipe for pickles, and so on. But neighbouring peoples have difficulties doing the same. The head-spinning economic development of Turkey didn’t prompt Greece to grasp the need for reform. Switzerland’s success in attracting capital, investors and highly qualified immigrants didn’t ring any alarm bells in Italy or France: relatively smaller government may work relatively better.

Of course, imitating Swiss institutions that are actually rather complex and embody centuries of history, practice and custom is not an easy endeavour. But I think the key problem lies in one of the secrets of Swiss democracy.

Because of its institutional and political structure, Switzerland is remarkably allergic to the “grand projects” that constitute the daily bread of politics virtually everywhere else. I do not assume there are no ideological cleavages or fierce passions in Swiss politics: Swiss blood is as red as anybody else’s. But the cantonal system on one side, the fact that democracy becomes almost a routine experience through referenda on small and sometimes even petty local issues, and the directorial system of government, all water down any passion for the sort of “grand projects” that can ignite public debate elsewhere. Swiss institutions are a remarkable mechanism for the creation and preservation of a certain kind of political dullness – the necessary backdrop for human liberty and a sound market economy.