Switzerland is More Than a Wealthy Paradise

Reflections about openness, King Roger and the importance of a liberal labor market

A A
Blog
Author(s): Natanael Rother

Having spent the past six weeks as a visiting fellow at The New Zealand Initiative, I noticed a certain Kiwi fascination with my home country Switzerland. It is irritating because no one seems to believe me when I am untiringly explaining all the problems we have in Swiss politics.

“Can’t be that bad” is probably what Kiwis were thinking. One of the researchers I got to
know here even calls his favourite part of the office “Switzerland” because that room is such a perfect and tidy place (it’s the data lab, for those wondering). And to make it even harder, the director of my hosting institution, a German to make matters worse, likes to tell people this joke: An American walks into a Swiss bank with heavy sacks in each of his hands. He goes to the teller, brings his face close to the glass and whispers, have two million dollars with me. I urgently need to open a secret Swiss bank account!” The Swiss bank teller replies in a normal volume, “Sir, there’s no need to whisper. Poverty is nothing to be ashamed of in Switzerland.” So, ok. I get it, and I agree. Switzerland is a rich country. However, the question is: Why?

It can’t be because of natural resources — there is not much to find in our soil that would be of interest in any commercial sense. And against popular belief, it’s not just Swiss banks that made my country what it is today. So there has to be something else. The good thing is that means essential parts of it are made by human action and not by nature. The sad thing is it’s hard to get and easy to lose. But let’s start at the beginning. I shall return to this point of gaining and losing it later on. A comprehensive debate of the factors of success, their interdependence and the historical surroundings are well beyond this column. So the following is a selection of components I see as the most important and relevant to today’s policy work. For now, Switzerland’s primary keys to success should be summarised in three parts:

The only king we have is ‘King Roger’

Switzerland is unique in its institutional setting. Unlike other countries, there is not just one culture, or one language, let alone one religion. There is also no one that stands out among the “political crowd.” There’s not one Switzerland but various Switzerlands and our only king is “King Roger” (Federer), as one of my early-career mentors once wrote. This mixture of shared power and the many ways to shape the political landscape on a local level are an integral part of our success. Those at the top cannot just do what they want, and every citizen has his or her own say. This, together with our political system, where even political players at a high level are only working part-time hours in politics creates a closeness that tamed the ever-hungry Leviathan and instead fostered people’s trust in politics.

No Nestle or Swatch without openness

Switzerland’s economic success and prosperity are based on the country’s openness and the unhindered exchange of goods and services, capital, people, and ideas. The share of exports on GDP for example reached nearly two-third of GDP (2016). That’s a lot more than it is for a few of our neighbours in Europe (for instance Germany: 46% or Austria: 52%) and more than twice as much than what it is for New Zealand (26%). We have nearly 320,000 cross-border commuters who work within Switzerland but are living in neighbouring countries. Some of the multinationals that people are so proud of today have been founded by people who migrated to Switzerland. For example, Heinrich Nestle (Germany), who set up the now famous food and beverage enterprise, or Nicolas Hayek (Lebanon), who made Swatch a household name worldwide. There is no way around an open Switzerland. As research has shown, the free movement of people that is a highly controversial topic on a political level, is in fact complementing and not substituting our own workforce. 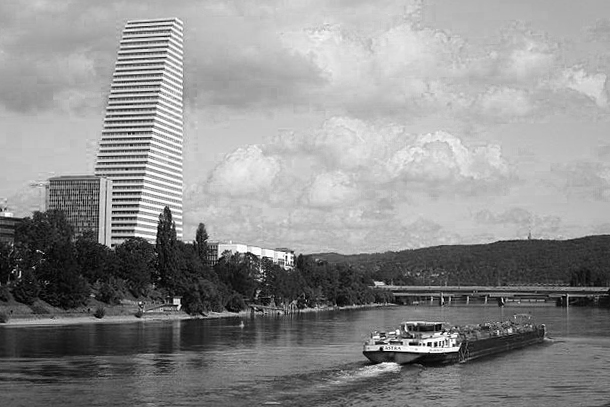 When you look at some of the basic needs of the economy Switzerland is doing well. The WEF Index for infrastructure, for example, ranks us sixth worldwide. That comprises a third place in communication system and a 12th place in transport. But the one thing that probably makes the most significant difference in creating a business friendly environment is our labour market. Unlike a lot of other countries, it is still relatively moderately regulated. And guess what — I can hardly think of a big strike or other wide-scale protests that were signals of conflicts that couldn’t be solved in a structured way. And the share of total income that goes to labour and not to capital owners is remarkably stable.

So is it all good then? Not really. There are two main difficulties: Firstly, all of these strengths are made by political decision making. They are changeable and therefore all but safe for ever. And, secondly, it is precisely this success of our earlier policy work that has made the country complacent. “Those who stop getting better stop being good, is not just a cheesy saying, it’s what is happening in Switzerland at this moment. Switzerland has become unable to push through reforms in recent times (for example in our pension system) and is losing its strengths little by little (localism, labour market regulation and many more).

I leave it up to you, the readers, to decide what factors of our success might be adaptable to help New Zealand improve where it must. I believe less political trash talk and more debates on how to promote prosperity would be a good start—both in New Zealand and in Switzerland.

Author: Natanael Rother
Short Biography
What do you think about this topic? Give your to the authors.

Home » Switzerland is More Than a Wealthy Paradise