A A
Blog
Author(s): Jonathan Steinberg

In their splendid new history of Switzerland,  Jean-Daniel Morerod and Justin Favrod  note that  agreements among communities in the early thirteenth century were common, but the agreement among the Talgenossenschaften ((valley communities, ed))  in the so-called Bundesbrief , whatever its date, whatever its provenance, had one unique feature.

“Here the issue was a political and legal agreement among Valley communities which acted as if they were sovereign, and remained that way. This form of alliance among rural communities did not exist elsewhere.” [1]

Swiss history began with a unique act and a unique assertion in the Bundesbrief ((the “federal charter” or “letter of alliance” documenting the “eternal alliance” of the three central forest cantons, whose union is taken as a starting point for today’s Switzerland, ed)). “We have also vowed, decreed and ordained in common council and by unanimous consent, that we will accept or receive no judge in the aforesaid valleys, who shall have obtained his office for any price, or for money in any way whatever, or one who shall not be a native or a resident with us.” [2]

Sovereignty meant then the equivalent of self-rule and the Talgenossenschaften exercised those rights to determine the law in their valleys. As the agreement spread, a network of alliances evolved (Luzern joined in 1332, Glarus in 1352 etc). No one member of the (untranslatable) Eidgenossenschaft (the ‘oath fellowship’) controlled it and the central organ of the federation – the Tagsatzung – could only work by agreement. The members retained their sovereignty and the assembly only existed to govern subject territories. 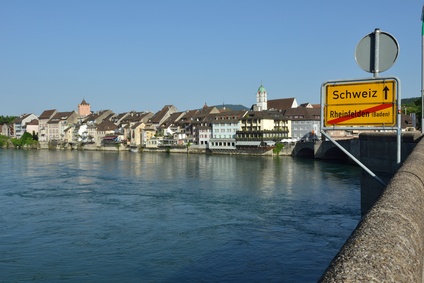 It survived because the Swiss cantons had exceptional soldiers. They beat off attempts to conquer them and, by 1500, were themselves busy conquering others. In 1515, they lost their first major battle at Marignano because not all the cantonal forces fought together, ending Switzerland’s status as a great military power. Two years later Ulrich Zwingli preached a sermon in Zürich’s Grossmuenster church, and the Eidgenossen began to fight each other on religious grounds.

Between 1515 and 1712, the Swiss stayed out of the international wars of religion (and made money out of that neutrality). But they fought each other on religious and political grounds and made secret treaties with the European powers. The Protestants could not defeat the Catholics nor vice-versa so, from 1712, there was a Landfrieden ((peace, ed)).

Ancien Régime Switzerland became a collection of  oligarchies who ruled subjects. The cantonal elites took bribes from foreign powers and supplied soldiers as mercenaries. However, their subjects claimed privileges and rights and occasionally rose to defend them. Even the Gracious Lords of Bern had to be careful with their subjects. Switzerland never developed the absolutist state of the eighteenth-century.  As Frederick William, the Great Elector of Prussia, put it in 1667: “Alliances are certainly good, but a force of one’s own, that one can confidently rely on, is better.” [3The attempt to create a unified republic in 1798 failed and Napoleon restored federalism with the cantons still more or less sovereign.

In 1847 came the last Catholic-Protestant War and the following year, for the first time, Switzerland sprang from the Ancien Régime to modern federalism. After the defeat of the Catholic “Sonderbund” alliance, the liberals used the opportunity to strengthen central power in Switzerland. They were prudent enough, however, to allow cantons extensive rights of self-determination, particularly in areas that had proven to be delicate (e.g. education)  The Catholic parts of the country could not be suppressed by force and, besides, they controlled the mountain passes.

The rest, disenfranchised by the traditional liberal distrust of the masses, continued their struggle. By the end of the 1860s, most cantons had achieved what in 1869 Zürich did with its Constitution. As Theodor Curti explains in his Geschichte der schweizerischen Volksgesetzgebung of 1882, the text of the Zürich law of 1869 contained the declaration that “the people exercise the legislative power with the assistance of the cantonal council”.[4] By 1891, the right to initiate measures to alter the constitution was approved.

No other state and certainly not the European Union, can imitate the Swiss model. It rests on 1,000 years of practices. It did not come about because the Swiss willed the adoption of popular democracy, but because, from the Bundesbrief to this year’s vote against mass emigration, the authorities could never entirely suppress the people. That commitment evolved out of centuries of internecine struggle and produced a stalemate which, until the last decade, had seemed absolutely stable.

Can the Sonderfall Schweiz, with its complex sets of balances of power and eruptions of popular  democracy, survive globalization, huge transfers of capital, the internet’s debasement of culture, the loss of confidence in, and self-confidence among, traditional elites, and integration of the huge numbers of foreigners? Not since 1798 and the Helvetic Republic have Swiss institutions faced such existential threats.  There is not even a consensus on what the threats are, and how the Sovereign should react. That lack of consensus threatens the very essence of the Swiss model. I hope – sincerely – that I am wrong.

Related articles in our summer series “Why Switzerland?”:

For a summary of those articles in Russian, go to nashagazeta.ch: Швейцария – взгляд со стороны