Switzerland’s path to prosperity is increasingly under threat

1848 is the year that is traditionally considered the starting point of modern Switzerland. At that time Switzerland was still a very poor country. Today, nearly 170 years after signing the first Swiss federal constitution, Switzerland is one of the most developed countries in the world and tops major international rankings for innovation.

1848 is the year that is traditionally considered the starting point of modern Switzerland. At that time Switzerland was still a very poor country. Today, nearly 170 years after signing the first Swiss federal constitution, Switzerland is one of the most developed countries in the world and tops major international rankings for innovation.

At 1848 the Netherlands and Great Britain were at least twice as wealthy as Switzerland. It was only after the Second World War that Switzerland had the second highest GDP per capita worldwide.

Innovators with a migrant background were often the founders of Switzerland’s most successful companies. Henri Nestlé, a native of Germany, and Nicolas Hayek from Lebanon, are just two from a long list of Switzerland’s foreign-born industrial pioneers. More significantly, Switzerland is an important breeding ground for the next generation of progressive entrepreneurs from around the world. Unfortunately, this path of innovative success, which has significantly contributed to Switzerland’s prosperity, is coming under increasing pressure. Endowed with only a few natural resources, Switzerland’s highly developed service industry depends on quality education and professional training. Switzerland is therefore equally fortunate and proud to have universities and tertiary education institutions that regularly feature in the world’s top rankings. 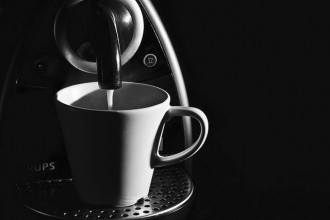 Swiss innovation by Nestlé – what else? (Wikimedia Commons)

Encouraging top research, however, requires international participation and cooperation. Mirroring the country’s federal system of competition between the cantons by working towards the best solutions for its citizens, Switzerland’s top universities compete internationally for the brightest research minds. Not surprisingly, the country’s leading education institution, the Swiss Federal Institute of Technology in Zurich, has an international staff body with 66% of its professors coming from abroad. Despite the fact that Swiss universities have attracted some of the world’s best researchers, domestic politics often criticize the universities’ preference for foreign talent. Cosmopolitanism and Switzerland’s proud innovation spirit requires that the challenge of globalization be met with even better products and services.

As a powerful economy with a small internal market, Switzerland depends on the exports of its high-quality goods and services. Such a strategy can only be pursued with guaranteed access to foreign markets. Nestlé and Novartis would not have become world market leaders if they only targeted the Swiss market. An open economy promotes extensive social, cultural and political linkages with the international community and most importantly, facilitates foreign trade. Between 1995 and 2015, Switzerland’s foreign trade accounted for about one-quarter of the increase in GDP. Switzerland’s economic openness and innovation spirit has in fact also contributed to a slight decrease in the country’s economic inequality.

Switzerland’s middle class grew from 65% in 1990 to 68% in 2010. Greater Swiss participation in discussions on regional trade agreements such as the TTIP is critical for the sustainability of the country’s export-oriented economy. Improving access to foreign markets in Europe and the rest of the world is therefore not only important for the general state of the economy, but more importantly, for continued growth of Switzerland’s middle class. Just as in 1848, cosmopolitism, economic openness and an ambitious spirit for innovation, continue to set the tone and expectations for Switzerland’s prosperity.


Dr. Peter Grünenfelder is the Director of Avenir Suisse. Previous positions were, inter alia, state chancellor of the Canton of Aargau and president of the Swiss State Chancellors’ Association. Furthermore, he is a lecturer for public governance at the University of St. Gallen as well as frequent visiting lecturer at universities in Switzerland and abroad.

More from Peter Grünenfelder
What do you think about this topic? Give your to the authors.