Ways out of the European Political Impasse

No need to fear the electorate

Voters were presented with the finest arts of Swiss government this past week. After seven years of negotiations, the Federal Council brusquely buried the framework agreement with the EU, citing issues of sovereignty. Yet at the same time, the same ministers shied away from taking a clear stance and measures against the Belarusian dictator – despite the enormous threat to Europe’s civil aviation and ongoing human rights violations. Interestingly, the Federal Council is already planning its next official trips, not to Brusssels, Switzerland’s most important partner, but once again to communist China.

Any politically minded citizen must be astounded by such prioritization, given that trade between China and Switzerland is almost eight times smaller than between Switzerland and the EU. The Federal Council’s lack of strategy with regard to European policy was particularly striking at its media conference announcing the rupture, where the Minister of Justice proudly stated her department would identify differences between the Swiss legal system and EU law. That despite the fact that the compatibility of Swiss and European law has been a generally valid legislative guideline at federal level for decades.

The electorate is not being asked

Meanwhile, voters are being denied the opportunity to decide on probably the most important issue in decades. The Federal Council has not presented convincing alternatives to the framework agreement, or how it could break out of its self-inflicted impasse in relations with Europe. Instead, a lack of strategy prevails. The solutions put forward by supporters of the framework agreement, such as a plebiscite, will only show their worth after a lag and not compensate for erosion in the interim. Only one thing seems clear, for now: the unconditional claim to Swiss autonomy will come at a high economic price.

Access to the European single market will gradually deteriorate for many industries, foreign direct investment in Switzerland will become less attractive, and the implementation of Bern’s “Energy Strategy 2050” will be more expensive without EU involvement. 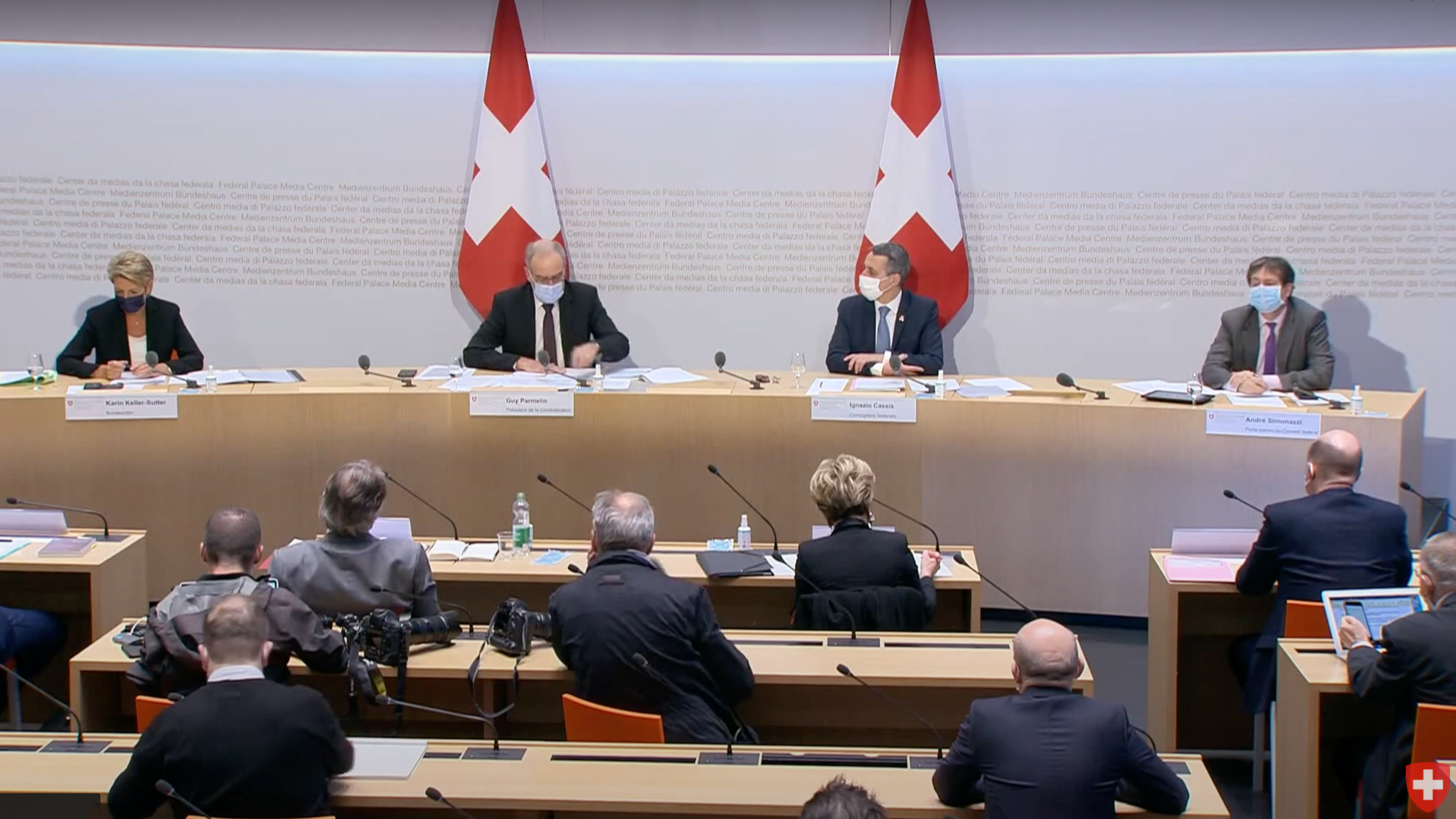 To maintain prosperity, Switzerland must develop an independent, new vision of its future, with courageous reforms at home and also in external economic relations with Europe and the rest of the world. Simply looking back with pride at the country’s achievements and managing what has been accomplished will not ensure prosperity.

Those in power would be well advised to consult Avenir Suisse’s “White Paper” of 2018, which sets out six scenarios for European policy, describing rationally the advantages and disadvantages of options from self-determined withdrawal to full EU accession. It is vital to develop a clear concept for Switzerland’s future, not least given the disruptions caused by the pandemic and the geostrategic shifts involving accentuating conflict between the US and China.

Until now, the Federal Council has published its “legislative goals” every four years. But that is no longer enough.

From a free-market perspective, Bern’s direction should be clear. Overdue domestic reforms must start quickly, with far-reaching deregulation and less red tape. partial or full privatization of cost-intensive federal and cantonal entreprises, rapid reorganization of the social welfare system, and lowering agricultural subsidies to European levels or a unilateral reduction of import duties.

The “re-liberalization” of the labor market, one of the key factors in Switzerland’s success story, must also be tackled urgently. Today’s social partnership must be reviewed (no longer by union officials, but by real representatives of the workforce), and measures to protect jobs and wages that distort competition in the labor market and increasingly degenerate into a cover for protectionism and state wage diktats, critically reviewed. Labor law must also be made more flexible in response to the digital world of work and the labor market opened further to attract talent from abroad.

In terms of foreign economic policy, the Federal Council will has no choice but to work further on bilateral arrangements with the EU – and to do so on dynamically. In economic terms, there is no comparable alternative. The government’s current insistence on the status quo will lead to a “status minus” – i.e. creeping erosion. In parallel, Switzerland needs access to further export outlets and trading partners beyond the European single market – the US in particular. The only way to maximize the potential here, however, is through new free trade agreements.

Economics Minister Guy Parmelin’s hesitancy, almost tantamount to treading water, should make way for rapid action, as he is largely responsible for the current stasis in European policy and foreign trade.

Ultimately, though, Switzerland needs a more honest discussion about the fact that access to the European single market has always involved a certain transfer of sovereignty. Up to now, this has always been legitimized directly and democratically by the Swiss electorate. Those who now cling to the concept of “absolute sovereignty” (comprising self-determination and national autonomy) deny to a certain extent the reality of Switzerland’s bilateral path over the past 20 years. Since the people always have the last word in European policy, neither the Federal Council nor trade unions and national conservative opponents of the framework agreement can exclude the electorate in the long run.

Home » Ways out of the European Political Impasse