Commuters Must Learn What Mobility Costs

Even Walter Wobmann, the SVP member of parliament behind the recent referendum to divert more resources to roads, doubts the value of mobility pricing. “It won’t lead to fewer jams”, he says. It’s illusory to hope a financial incentive will mean people can set off later. “People can’t wait until 3pm to go to work.” The sole value of mobility pricing will be to boost state coffers. “Yet again, it’s travellers who’ll be fleeced.”  Transport minister Doris Leuthard’s proposed abolition of the Vignette (the annual charge for driving on Swiss motorways, ed) is a joke. “All we’re talking about is 40 measly francs. The really big items, like fuel, aren’t being reduced. Just the opposite.” Wobmann has declared he’ll fight mobility pricing at all costs. In an interview with 20Minuten, Avenir Suisse’s transport expert Daniel Müller-Jentsch took the opposing view.

20Minuten: Mr Müller-Jentsch, the government wants to introduce mobility pricing. That means higher costs for rush hour road or rail users. The idea has led to a lot of dissatisfaction. Justly so?

Daniel Müller-Jentsch: I can understand the concerns, but they seem a bit too knee jerk to me. Commuters, whether by road or rail, forget that they’re already indirectly subsidising transport as taxpayers. Mobility pricing just makes the costs of mobility more visible. It’s important people know what mobility costs. That’s the only way there’s an incentive to change their behaviour.

Why should they change?

We’ve got a problem with peak period transport: for two or three hours a day, the system is overburdened. That notwithstanding, only 20 per cent of SBB (Swiss railways, ed) seats on regional trains and 30 per cent on long distance ones are occupied on average – meaning 70 to 80 per cent of capacity is unused. We must use differentiated fares to even out the peaks – just like airlines or hotels.

Commuters still feel ripped off. Once again, they’ll have to pay more. Lots of people are against that. 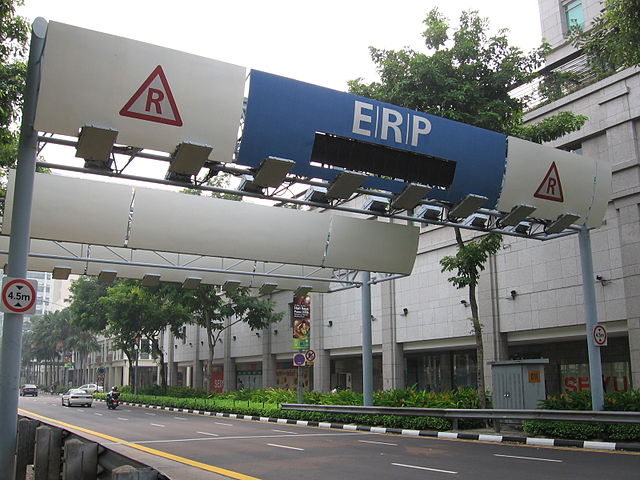 Yes, but think of the following: as father of two school aged children, I have to travel at the busiest times of the year. That means I pay about one third more for flights and hotels than a childless couple travelling outside school holidays. But parents don’t take to the barricades about this apparent injustice and demand the government set uniform tariffs for hotels and airlines. Commuters, by contrast, very often see themselves as victims of the system, which they’re definitely not.

Commuters are a privileged group. First, ticket prices cover only about 40 per cent of costs in public transport; 60 per cent comes from the taxpayer. Secondly, commuters can claim back part of their outlay on their income tax. And thirdly, as frequent travellers, they can also benefit from discounted rates such annual season tickets or the one off yearly motorway Vignette.

So what do commuters gain through mobility pricing?

We can choose: we can invest billions in new road and rail infrastructure to alleviate the overload in the short peak periods – financed by citizens via their mobility costs and their taxes. Or we can incentivise travellers to be more flexible through differential pricing. That’s certainly cheaper.

Critics complain most people don’t have the choice to go to work or to school later and would be forced to pay more.

Well, the general trend is towards more flexible working hours, or even working from home. Even school hours, at least in higher education, should be discussed.

Why should employers play ball?

Switzerland is a country of commuters. But they’re increasingly stressed, because they don’t know whether today will bring another 20 minutes in jams. So, it’s also in employers’ interests to make life easier for staff.

How effective is mobility pricing in fighting jams and packed trains?

Extremely effective. In Stockholm, mobility pricing has prompted a sharp reduction in city centre rush hour jams. Pollution is also down. Although people were opposed at first, there was a change of heart after the limited period pilot project. The best example of mobility pricing is Singapore. The densely populated city state has brought traffic problems under control and cars flow freely – in contrast to many another Asian metropolis.

So you think the Swiss could also suddenly turn into supporters of mobility pricing?

If mobility pricing led to fewer jams, saved time and caused less pollution, then there would certainly be majority support. Without mobility pricing, the strains on the system will rise for users and taxpayers too.