The uniquely dynamic momentum of the Lake Geneva region

The pretty lakeside school where, half a century ago, I attended summer French courses, has long since been turned into luxury apartments; Cern’s boffins are dreaming up their next particle collider; and Nestle’s share price has (briefly) rocketed through CHF 100.

Coincidence? Perhaps. But such random facts, and a myriad others, add up to one thing. The so called “Arc lémanique” of flourishing towns and cities around the western end of Lake Geneva, is on a roll.

Critics, concentrated largely in German speaking Switzerland, still often dismiss the area around Lausanne, Geneva and Vevey, the Arc lémanique’s three hotspots, with high taxes and high unemployment. But the reality, says Jérôme Cosandey, co-author of a new Avenir Suisse study, is very different. “Anyone who believes Zurich and Basel are the undisputed economic powerhouses of Switzerland should cast a glance over the language divide. Over the past two decades, the Lake Geneva region has gathered powerful momentum on both the economic and social fronts.”

Indeed, the word “high” when it comes to the region is nowadays better associated with education than joblessness. The EPFL, for example, Lausanne’s younger sister to Zurich’s famed Federal Institute of Technology (ETH), has long emerged from its elder sibling’s shadow. Around half EPFL students enrol with a foreign qualification, compared with about a third at the ETH. 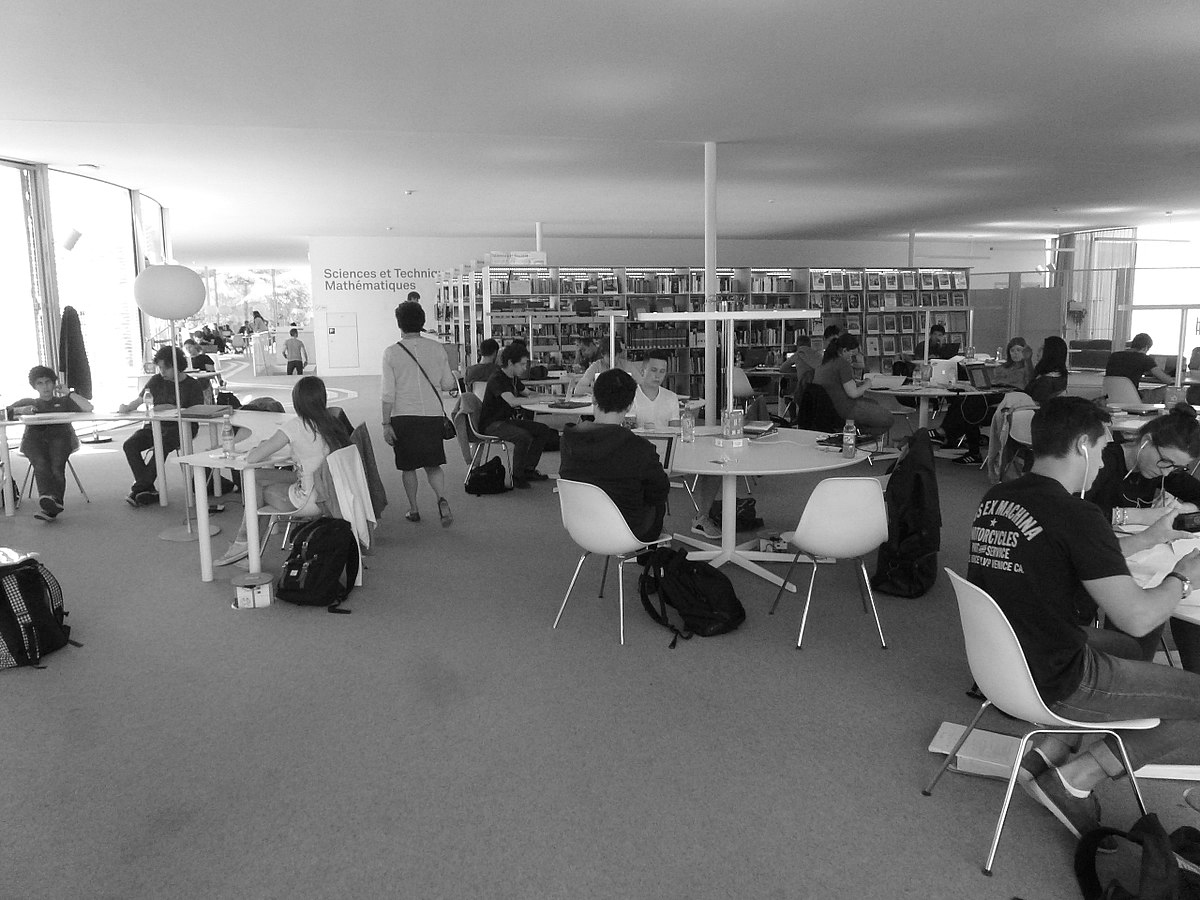 Students at the Rolex-Center of EPFL in Lausanne. (Wikimedia Commons)

Together, the universities of Geneva, Lausanne and the EPFL form a major academic hub. Their clout shows in the fact that, while they account for 28 percent of all Swiss students, they have attracted 34 percent of all third-party research funding and 43 percent of EU funding since 2010.

Tertiary education doesn’t stop there. Lausanne’s École Hôtelière has a worldwide reputation for hospitality studies. And the region’s network of Hautes Écoles Supérieures are gaining ground.

While Zurich is Switzerland’s financial capital, the Lake Geneva region can make significant claims. Geneva is, of course, home to the United Nations and its countless specialist agencies, such as the World Trade Organization, the International Telecommunications Union, and the World Health Organization, among many others.

But it has also established itself as a center for commodities trading. Five of the 10 companies with the highest revenues in Switzerland are Geneva based. Groups like Louis Dreyfus and Trafigura may not be household names, but they and their local counterparts account for around half the world’s coffee and sugar trading, and one third of trading in crude oil, grain, and oilseeds.

Startups are also on the rise. Between 2013 and 2017, half the venture capital invested in Switzerland went to the Lake Geneva region. Besides organizations such as the Wyss Center and the Campus Biotech, the area boasts multinationals in sectors like pharmaceuticals and smaller companies clustered around them. In a marked diversification from its agricultural roots, Vaud’s prime export today is pharmaceuticals.

“As recently as the 1990s, the cantons of Geneva and Vaud were bringing up the rear in the Swiss economic rankings. But now they’re conspicuous for their diversified, internationally oriented, and resilient economy,” assesses Avenir Suisse.

But not everything is rosy. Taxes remain comparatively high, particularly in the city canton of Geneva. While neighboring Vaud has used its tax revenues to cut debt, Geneva continues to carry borrowings of about CHF 37,000 per capita. That compares with Basel-Stadt – Switzerland’s second most indebted canton – whose borrowings stand at a comparatively modest CHF 27,000 a head. Underfunded cantonal pension funds are also troubling, running at 61 percent in Geneva and 73 percent in Vaud.

Infrastructure – particularly transport and housing – are also weakspots. Residential property is scarce in Geneva – with prices commensurately high – and not much better in Lausanne. And while steps are being taken to improve intercity transport infrastructure – the busy railway between Geneva and Lausanne is being doubled in capacity, for example – inner city transport is stretched. Geneva, divided by its lake, suffers horrendous bottlenecks.

Despite such problems, Avenir Suisse presents the success of the Arc lémanique as a case study in Swiss federalism: not everything is perfect, but there are crucial lessons to be learned from both the highs, and lows, of the region, as far as other cantons are concerned.