A A
Blog
Author(s): Thomas Held

The withdrawal of the baby-boomer generation can no longer be ignored: as death notices of friends and relatives will become more frequent, this is also true for baby-boomers.

By no means are we talking about taking the spotlight off baby-boomers. The “change of teams” in the demographic structure is marked by the absence of an intergenerational handing over as the generation, to which I belong to, withdraws progressively. This is a novelty in comparison with other decades. In other words, neither the people leaving nor their successors want to say goodbye. Why not? Three elements can explain this absence of partings.

No one will be ousted

The first element originates directly from the new demographic trend: the reversal of the age pyramid, a consequence of the decline in births and the increase in life expectancy (in this order), means that the younger generation is currently a minority. This quantitative shift is concealed by the ageless activism of our recreational society, but the fact remains that this minority youth in the making will have to be absorbed and co-opted by the majority of the economic, societal and even political office holders. Complaints expressed about the lack of apprentices, an ever-growing competition to find new college students and the worship of start-ups, perfectly illustrate the generational divergence between demand and supply. Structurally, the “new” do not drive anyone out. The concerns regarding unemployment in seniors, as well as the unclear prospects for the 50+, have more to do with the acceleration of structural changes and the increasing internationalization of the economy, than with competition from young people.  In a welfare State, which like Switzerland favors training, the process of business creation is almost entirely disconnected from inheritance or the fact of walking in your parents’ footsteps. Hereditary transmission is essentially perceived as a luxurious life phase between young pensioners to older pensioners. But the demographic irony resides in the fact that in parallel, the state redistribution has considerably increased to the detriment of the successors of the baby-boomer generation. Apart from some arduous student demonstrations protesting against cuts in public spending on education, there are no other generational conflicts on the horizon.

Analyses of the United States’ elections, the vote for Brexit or even the French elections, have shown that there are clear correlations between age and populist and/or nationalist tendencies.  But when superimposing this element to other factors, such as the level of education, the economic situation of place of residence or connection to professional sector, it then becomes impossible to formulate a clear interpretation related to generations. 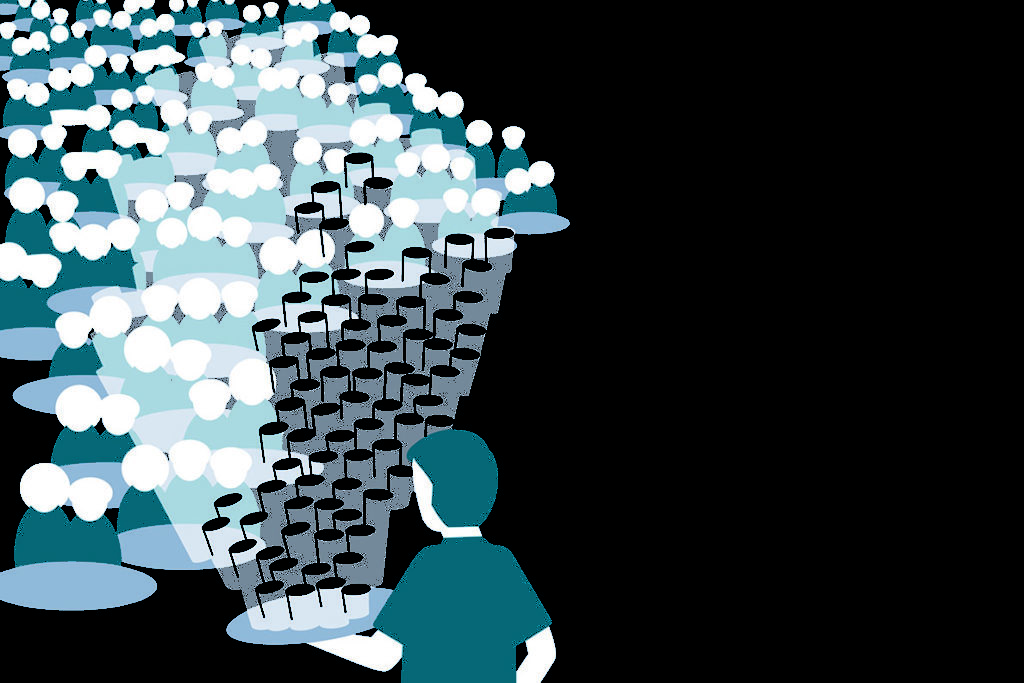 A few weeks ago, Roger Schawinski (aged over 70) asked the freestyle skier Art Furrer (aged over 80), how he was still able to climb mountains or hit the slopes. Even if Art Furrer was not feeling in brilliant form anymore, the Swiss Broadcasting Corporation would certainly find a small place in Kurt Aeschbacher’s (aged over 70) show. For the cultural philosopher Robert Pogue Harrison («Juvenescence: A Cultural History of Our Age»), the cult of youth, perfectly illustrated by this example, is one of the consequences of the youth militancy of the 1960s; in other words, the upsurge of baby-boomers. For the first time in history, the elder started to imitate the younger, and not the opposite. Since then, despite demographic changes, society has experienced an important rejuvenation process. Or more precisely: a continuous renewal – innovation  – has done away with wisdom as an ideal, and rendered old age less attractive. The Rolling Stones, who never seem to age, are icons of this evolution in pop culture. The imperative of youth as a norm, illustrated by the slogan “never retire”, now applies to all areas of society, even more so in the private sphere than in the economy. For the latter, the baby-boomers’ takeover was accompanied by the institutionalization of retirement rules imposed to the establishment; these same rules are used today to overcome baby boomers that are stubbornly clinging to power.  Interestingly, it is precisely in Silicon Valley, at the heart of youth culture, that anti-aging research or technical analyses of the conditions of access to immortality are rapidly advancing.

Third, the absence of intergenerational customs is not only the result of the claim on eternal youth made by baby-boomers. It is also due to the succeeding generations, who not only do not want to grow old, but do not want to become adults either. As long as the baby-boomers are still occupying the scene, the next generations see no reason to enter it, neither expressively or symbolically. This endless post-adolescence extension has been portrayed and criticized by post-1968 cohorts; such as Sascha Lehnarzt’s self-deprecating analysis with the subtitle:  “Why We Do Not Become Adults”, which the author himself describes as “a cabaret essay.” According to him, the generational failure (as always in the German-speaking countries), is due to globalization that is so demanding in terms of flexibility, dynamism and mobility, that there isn’t any energy left to become an adult.

Florian Illies explains this notion perfectly in two books written on the “golf generation “; a generation born between 1965 and 1980, representing the youngest segment of generation X. Due to their low trust in institutions, and more specifically in the State and political parties, they have been defined, in sociological studies, as being private and less collective subcultures.

In 2003, just after the collapse of the internet bubble but before the important financial and economic crisis, Illies notes in an interview with the NZZ, that “the realities of life” could render the aesthetic competition of the golf generation obsolete. Despite such conclusions, it remains clear that the baby-boomers’ successors aspire to moderate, or at least delay, the transition to adulthood for structural and cultural reasons. Furthermore, the amount of unmarried adults who still live with their parents has considerably increased, as a result of youth unemployment and the growing insecurity of labor relations. Also, the average age of women, at the birth of their first child, has significantly increased. The fact that Mercedes has launched a campaign, comprised of five short films that aim to stir the interest of digital natives in becoming adults, (Start a family, Settle down, etc.), does not necessarily indicate that the time of chronic adolescents has reached an end.

From the end of the dominant culture…

Whether the millennials will also go through a long-term adolescence, is a question that remains open. People born between 1980 and 1999, evolve culturally as well as symbolically, in a new space which is characterized by social networks and new forms of communication. Furthermore, they have very few correlations with the world prior to the digital era. Digital transformation is seen as a change of epoch insofar as there is a before and an after. However, belonging or not belonging to the new digital culture should not automatically be interpreted as a generational matter. Nowadays, both young and old are on an equal terms with the digital revolution.

In the framework of this great global transformation, the absence of a generational relay (as per the postulate made at the beginning of this article), should perhaps be classified as an erroneous perception or misinterpretation of an aging observer.

The transfer of cultural action – and even of social interaction – into social networks with their isolated islands, suggests that a set of values of a dominant culture, shaped, carried out and defended by an entire generation, no longer exist and can no longer exist. Additionally, the digital native generation is reluctant, sometimes even unable, to engage in an environment or a communication that is not transmitted in the form of a media. This excludes the option of disagreeing with, or questioning, a generational culture. Political institutions appear to be the last protectors of rules with a universal scope, but the decisions taken by these bodies are becoming less and less relevant for the new generations.

… to the return of politics?

In the model of a society sketched by the generations’ speakers, who are more or less “young” elders, the negation of age erases the conflict between generations, as well as the demarcation and the rebellion in the demographic succession. In the past, this conflict was a condition indicating the transition to adulthood, the carrying on of the elders’ functions, and often their active dismissal too – an eminently political process. The self-critical essence of the golf generation, up to the satisfactorily cool hipsters, has mostly ironically outlined a political abstinence and the distancing of any wish to ​​improve the world. The question remains whether populist and authoritarian currents, mainly carried out by older generations, will be able to bring about the reoccurrence of an intergenerational political conflict.

It is difficult to view a generational protest as a nostalgic appeal of students for left-wing gurus such as Sisek or Badiou (or even Mélenchon, Sanders, Wagenknecht & Co.!); although this cannot be entirely ruled out in these times of loss of historical consciousness. What then of the new fresh movements that are spontaneously being created away from major institutions and established parties? The anti-Brexit youths were not sufficiently organized in order to be able to counter nationalist pressure. We should therefore be happy for France, if a young liberal movement such as “En Marche” should ​​actually succeed in bidding old forces farewell.

Author: Thomas Held
Short Biography
What do you think about this topic? Give your to the authors.