Dear colleagues from the leading Swiss think tanks from Geneva, Zurich and Berne.

Welcome to the first international think tank summit here at the airport of Zurich.

Why do we get together, what is the idea behind this reunion of the international community?

Well, dear colleagues, we think that we all face similar challenges for our economies and societies.

– in times like these, expertise, know how, fact orientation and prosperity generating strategies of think tanks are necessary. 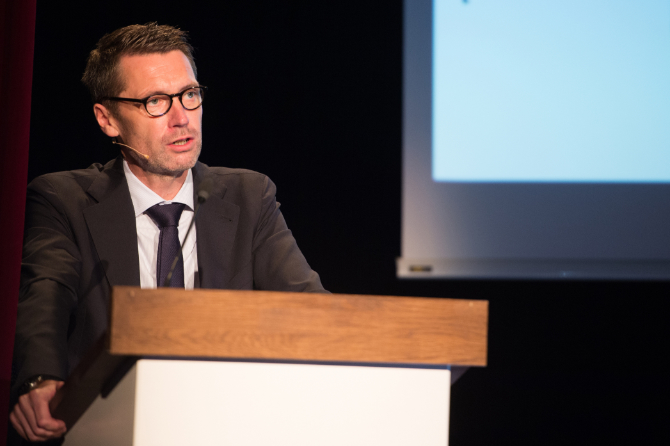 These current developments are a profound challenge for our democracies, for the open society as Karl Popper defined it, in times like these, when checks and balances are subject to a stress test. It is not only a question of prosperity, it is also a question of personal freedom.

Countries like ours with a long democratic tradition and therefore resilient institutions have – most probably – an advantage. Nevertheless, we should be aware of a shift of economic and geopolitical heft towards autocratic countries like China or Russia. That could reduce the emanation of western values.

Liberal democracies and liberal economic orders are not for granted. It is our task as think tankers to raise awareness about these developments.

Especially we Swiss would be affected by a new era of protectionism. With our small and open economy, Switzerland earns most of its income abroad. Due to free trade, we earn more than 50 percentage of our gross domestic product abroad.

So Switzerland is especially dependent on open trade. Our country’s combined trade in goods and services totalled an impressive 82 percentage of GDP in 2015 in comparison to the much more modest figure of 21 percentage for the trade sector of the US economy. And also Germany, known as world champion in exports, has a figure above 70 percentage.

Therefore, it is not a surprise when German politicians fear a trade war between the US and Germany after the newly elected US president attacked the German automobile industry.

So there is also no surprise, that a leading German magazine published a manual for a trade war. Probably the new US administration should be reminded of US exports to Germany of a volume of 50 billion dollars annually.

Ladies and Gentlemen, we all live in democratic countries. So the convictions, knowledge, but also emotions of the people have an effect on their voting behaviour.

Also here in Switzerland, politics are not free from populist views. However, as a result of our country’s semi-direct democracy, it is easier for decision makers to sense populist sentiments. Four times a year on a Sunday, our people can go to the ballot box. Four times a year, we feel the pulse, but also anxiety and emotions of the Swiss people.

These fears and needs of the population need to be taken seriously.

Additionally, we have to address the fears and needs of the population by delivering facts. That means when we discuss the migration issue we also deliver facts not only of the globally increasing population, strongly increasing on the African continent, while dramatically declining in Europe, but we also have to deliver projections and elaborate what will be the impact of these projections on demography, composition of the workforce and on our multi-cultural but also more and more multi-value societies.

As I said, we also have to address the fears and needs of the population. But we should not address them by delivering hopes and unrealistic economic strategies that cannot be realized, that will reduce in the mid- and long-term not only the country’s prosperity, but also the individual prosperity. This will not only directly reduce welfare, but also – possibly even more damagingly – shatter confidence in the decision makers’ willingness to effectively respond to citizens’ concerns.

What will be the voting behaviour of the bulk of American workers and consumers in four years? We don’t know yet.

There is a risk that the new political leader of the world’s biggest economy will dramatically alter the shape of the world economy. Will it be for the benefit of the US workers and citizens who are also voters?

The Peterson institute for international economics estimates that the withdrawal from the negotiating process of the Trans-Pacific-Partnership TPP will lead to the US forgoing 0.5 percentage of its GDP in real annual incomes by 2030.

Avenir Suisse is a strong supporter of free trade because it goes along with greater productivity and lower prices for the benefit of the consumers.

Jeffrey Bergstrand of the University of Notre Dame emphasized this week that in a global competition for economic growth by the 200 or so countries in the world, the evolution of trade policies by countries is also like a market.

That means that the vacuum of a withdrawal of a nation will be filled. The rules for global commerce will increasingly set by other nations.

Asian countries could be the most obvious winners the next few years.

Asia is posed to profit from the expansion of regional trade agreements, further securing the continent’s strategic role in driving global trade.

While Asia could gain in trade and geopolitical significance, economic power could shift at the expense of Europe and the US. With the growing regional influence of Russia on the European continent, it also affects the corners of Europe’s institutional stability.

Dear colleagues, with initial positions like these introductorily mentioned, we will now take time today and tomorrow for analysis, exchange of expertise and know how transfer during the upcoming two sessions about free trade and migration. I want to thank you already now for your commitment and your involvement at this summit.

I would like to conclude and thank very, very much my Avenir Suisse colleague Tibère Adler and his team with Elena Gebershagen for the tremendous job you did the last few months, weeks, hours in the preparation of this summit. I highly appreciate it!

Patrik Schellenbauer: Migration or the Challenge of Explaining Counterfactual Evidence